How to sunbathe in the solarium correctly? What is useful artificial tan? What are the risks and dangers?

Is it possible to attend a tanning salon during pregnancy, during menstruation? What are the peculiarities of tanning “in a capsule” by skin type?

Terms of use of tanning bed without harm to health. 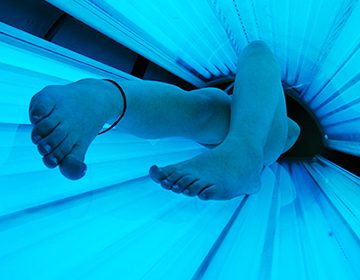 For the first time about the value of exposure to sunlight on the skin, said German scientist Friedrich Wolf in the middle of the last century. While conducting experiments on artificial irradiation of athletes, he noted an improvement in their well-being, an increase in immunity and vitality.

Already in the seventies, his brother Jörg Wolf founded the company Cosmedico, which began production of the first lamps with a UV spectrum, and then portable cameras for artificial tanning.

In the market of physiotherapy equipment, solarium appeared on time. From the middle of the twentieth century, the booming popularity of tanned skin in the world.

If earlier the pallor of the face and hands was considered a sign of nobility and aristocracy, then with the appearance of bathing suits, a bronze body tone became fashionable. Tanning beds allowed to support it in winter and summer.

The first tanning beds were created to solve the problem of lack of sunlight. It is known that only under the action of ultraviolet rays, vitamin D is produced in the body. Without it, our body cannot absorb calcium and phosphorus – the main “building blocks” of bone tissue.

The lack of sunlight is manifested by systemic disorders in the body: weakness and fragility of bones, the development of rickets. Artificial exposure has become a modern way to improve the health of children living in countries with cold climates, where access to sunlight is limited during the year.

It is also proven that “sunbathing” has other positive effects. 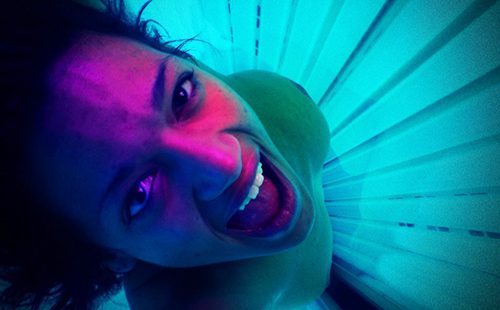 In recent years, talk about the dangers of tanning beds much more often than about their benefits. Installations perform not the tasks for which were created fifty years ago.

In addition, it has been proven that the amount of sunlight needed to produce vitamin D in the body is much less than previously thought.

For example, to protect your baby from rickets and to provide conditions for the strength of bones, it is enough to be with him on the street not in direct sunlight for only twenty minutes a day. At the same time, only face and palms can be open.

In the solarium, the whole body remains open. This creates certain risks.

Can a tanning session cause cancer? Scientists have come to a common opinion – maybe!

Currently, public opinion on this method of obtaining tanning has changed dramatically.

In 2013, authorities in several states in Australia announced a total ban on the use of tanning beds. As a result of the research, doctors found that attending artificial tanning sessions increases the risk of skin cancer by 20%.

Until the end of 2014, all Australian states refused to use “UV capsules”.

Other negative factors have been identified.

In Russia, research on the effects of procedures on the human body has not been conducted. Therefore, the statement of Russian scientists, doctors of medical sciences N. N. Potekaev, V. V. Vladimirov, L. S. Kruglov can be considered significant.

According to experts, the need to artificially maintain tanning all year round has become a mass social need, which is promoted in the media.

At the same time, there are very few reliable scientific data on the negative impact of procedures that are positioned as the “health of the nation”. Such a statement is not true. In Russia, the industry is practically not controlled; there are no official standards, certifications and rules for tanning beds.

This is important to consider when deciding for yourself the question whether it is worth using an artificial tan and how to use a tanning bed correctly. 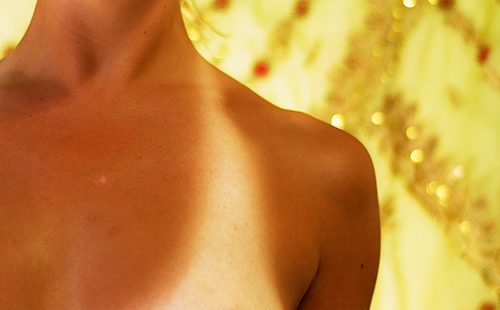 Despite the lack of regulations on the choice of equipment, its use in Russia, the service of tanning salons in domestic cosmetology exists. And it is regularly used by thousands of women.

How to minimize the risk and get a beautiful tan without damage to health? Follow these guidelines.

How long can you tan in a capsule? The tanning table in a tanning salon by skin type will help you determine a relatively safe period. 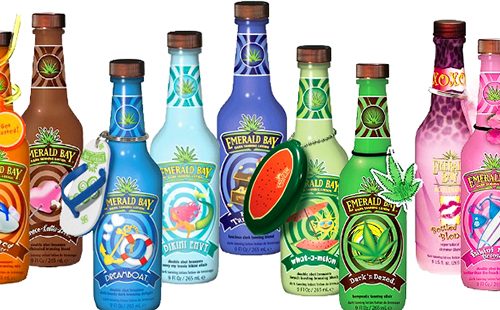 To protect the skin and get a beautiful, even tone, use special cosmetics for tanning. It differs from beach cosmetics with SPF.

The latter contains sunscreens that reflect the sun’s rays. You, on the contrary, need these rays for a uniform tan.

There are several types of tools.

Do not use the solarium without appropriate cosmetics! UV exposure on unprotected skin is too aggressive.

Instead of sunburn, you risk getting discomfort, dryness and flaking of the skin.

Listen to overall well-being after the session. He did not cause discomfort? Next plan in a week.

Over the next seventy-two hours, your skin will show accumulated melanin and become darker. 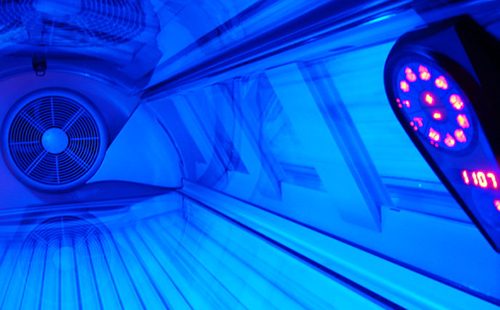 Consider the popular questions and misconceptions about the use of tanning beds.

Solarium is a controversial way to get a tan. In some countries of the world, this procedure is prohibited, as it contributes to the development of severe skin and eye diseases.

In Russia, it is not prohibited, but there is no legislation in the field of certification and use of equipment. Understanding how to sunbathe in a tanning salon properly will help you reduce the risks of dangerous diseases.

Follow these recommendations if getting a dark skin tone is necessary.

2019-07-04
admin
Предыдущий Diabetes and pregnancy: a common occurrence?
Следующий The health of the future first grader: everything is in our hands

Stars estimate the marital compatibility of the woman-Virgo and the man-Virgo at 100%. Their union ...