As for me, in our time, before school, a child cannot be allowed to go outside alone! How to follow him while studying in the first grade is another question, which is also often debatable. Of course, someone will say that you will not save your child from everything. It’s clear. But there are cases when the child’s health and life depend on the parents.

I take for example the conditions in which I live myself. An ordinary city, small or large, it is looking to compare. In relation to the regional towns it is big, and with the capital, of course, small. We have ordinary yards, where there are sandboxes and parallel bars for children, swings. In these courtyards is full of cars, people and animals, too.

I must say, I love dogs and children. Even though I have neither one nor the other. But I want to believe that in the near future I will have both those and others. Personally, I do not see any opposition between the child and the animal. Although I often meet that if there are children, then no animals. Or vice versa: many avid dog lovers or cat owners are afraid to have children. I do not have it.

To be honest, in spite of the fact that I love dogs, I sometimes fear them. You know what to expect from your own, but it’s completely incomprehensible from a stranger. And when there are several, the situation is heating up.

The groups are mainly going to stray dogs. Many aggressively oppose them. The only measure that such activists propose is poisoning. I am totally against it.

If you really deal with this, then you need to start with the city authorities. You know, in our city money was allocated for a nursery for homeless animals, but they settled in the pockets of our officials.

So who is to blame for this problem. These are the officials and even those “benign owners who throw puppies or the dogs themselves on the street. In short, adults need to be taught the right attitude towards the animal. So that everyone who started a pet, aware of their responsibility, and then did not throw it out on the street.

To be honest, it amazes me that often the cause of bad cases with children are not the homeless, but just the owner’s dogs. Only the owners are careless. She is kind and walk with her without a muzzle, sometimes without a leash, although he will not always save the situation, but he needs it! 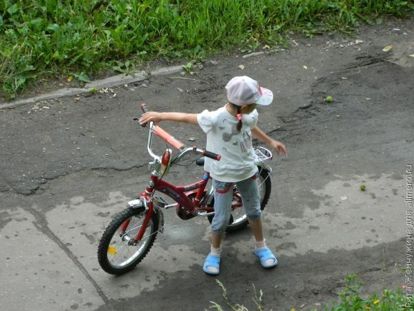 The dog is probably kind in fact. But this is an animal. And we, humans, should differ from animals by the greatest mental abilities. Which is not always noticeable, to be honest.

Small children are mostly very mobile. The dog might think that they are playing with it, and not rush from evil, but play. And it can turn into a tragedy. In addition, young children are sometimes perceived as animals of their own kind. Perhaps this is precisely because of the size. And so with yourself like a sin not to play!

I urge all mummies and daddies to be more attentive to such situations. And if some misfortune happened, then do not crave punishment for the dog. Of course, there are cases of rabies, but they are rare, in contrast to the simple negligence of parents or pet owners.

Certainly, someone will say that if this happened to my child, I would have spoken differently. I say no. I would be angry at myself, at the circumstances, at the owners (if the animal has such), but not at the dog itself. You can not mix all this in a pile and take out the evil on someone who will be powerless before this punishment.

I often sit with my girlfriend’s children, sometimes she asks me to be with them and on the street. I am terribly afraid for them and in every way I protect. I try not to give any opportunity for the occurrence of such accidents.

Girls, what do you think about this?

2019-12-25
admin
Предыдущий Stood during pregnancy: instructions for use
Следующий Morning exercise for weight loss, how to become slim