Winter tends to sneak up unnoticed. Especially in our city, where in December sometimes there is no snow and the temperature is above zero. However, this year the cold came unusually early, the first snow fell in early November, driving motorists and road services into the longing.

Even in our kindergarten, early frosts caused an unexpected conflict between parents and pre-school institutions.

A bit of history

Our kindergarten is called the center of development and health of the child. He is the most ordinary. But pupils here hold annual massage courses. Children visit the salt cave. If necessary, they receive physiotherapy in the walls of the kindergarten, as well as special procedures for children with neurological diseases.

And, of course, nobody canceled physical education classes. However, these are held in any preschool institution. It was these very lessons that became the apple of discord that agitated the public in the face of the parents of our group.

In other words, it is rather difficult to characterize what happens in the changing room of a group before the start of a physical education class. It is necessary to clarify that our group is large. 30 people. True, not all walk. So in general, 20 people are recruited. They still do not know how to change clothes fully, swarming, messing about, worrying if something does not work out.

Of course, educators have a hard time. Dress up 20 kids – not an easy task. At the same time, someone decided that our children should go in for sports lightly. Their athletic form – shorts, T-shirts and bare feet. The teacher forbids even to leave T-shirts on young athletes. 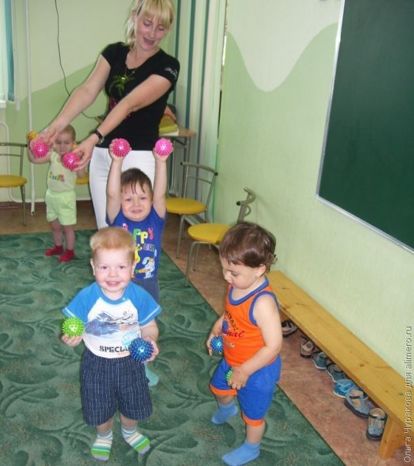 Considering that the room is not so warm (sometimes, in cold weather, the temperature does not rise above 19 degrees), the kids go in full gear. Tights, pants, shirts, sweaters … All this should be removed, and instead wear the above-mentioned T-shirts and shorts.

Once I myself witnessed this disguise. It was painful for me to look at half-naked children, cowering from the cold, but selflessly fighting for putting on the form.

Of course, many kids with such a load can not cope, begin to cry, educators are nervous.

In the end, the team is ready for the class and goes to the gym. They have a long way to go: down the stairs, past the front door.

Little about the laws

After the news that the children were walking almost naked past this very front door, while outside it was -15 degrees frost, many were shocked, and indignation began. Someone tried to talk to a physical education teacher, others – with educators. However, she and others were adamant: children should be engaged in the law in form.

Indeed, there is a set of rules, in which it is stated that this form is shorts and T-shirts. True, bare feet, after all, does not provide. The temperature in the gym should not be below 22 degrees. And like all the rules are met. If it were not for bare feet and long journeys lightly to the hall.

In the end, a meeting was organized, which was attended by the head of our kindergarten and physical education teacher. Our claims were answered that in this way they harden our children. 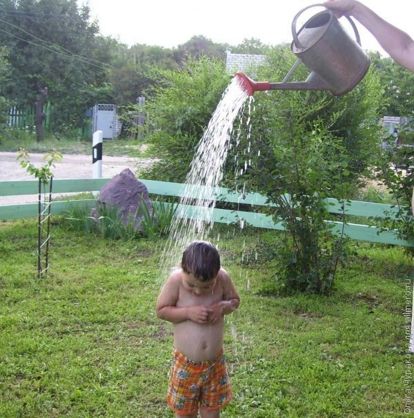 Is not it possible to leave tights and T-shirts? – we asked. No, the kids will sweat in them – we heard back. Is it possible to have so much sweat in 15 minutes of training? Why not wear sneakers or shoes? – We have a special carpet, walking on which is an excellent massage for the legs.

At the same time, the manager looked at us as at the sick, and practically accused us of ruining our children, making them sickly, since we don’t want to temper.

The only thing that they could not find, to argue, is the process of walking in a half-naked state along the corridors. Imagine, while the last child is dressed, the first – finally freezes, and he still stomp on the steps past the door.

Now children put on pants over their uniforms and sweaters, which they take off already in the hall.

After the meeting, there was some strange feeling that we were reprimanded, like silly children, as if we were all stupid and unwise, as if we wanted to do harm to our children. At the same time, most of the trumps were in the hands of the garden management. If the law says so, what claims can we make?

Of course, the parents of those children who are constantly sick were especially indignant. We have a boy who goes out into the garden for a couple of days, and then goes to the hospital again.

They were advised by the head to take the medical administration from classes. At the same time, she added: However, in this case, your child will sit alone in a group while others are engaged, or look at the involved children in the hall, without taking part in their games. So choose from two evils.

I’m curious, and in your kindergartens, too, are children hardened in this way? Or is it just our preschool institution has distinguished itself? And, in general, can this be considered as hardening?

Now the conflict has not been finally resolved. Parents plan to write a complaint. Whether this will bear fruit, once the law is observed, time will tell.