Usually, endurance training is recommended from the age of 8, when most of the internal organs are already formed, but something can be done from a young nail.

When we lived in St. Petersburg, we walked a lot. I love this city, and the weather there most of the year has to walk.

There was a time when we had to often go to the clinic, and the road there was uncomfortable to the horror: if you take the metro and the bus, then walk a lot. If on buses – then three transfers. Once there was such a beautiful day that my daughter did not want to go in transport and we went on foot …

To my surprise, we came quite quickly and with pleasure. When I arrived, I checked the Yandex card and found out that we had walked no less than 10 kilometers!

Soon such walks became regular for us. 20 kilometers a day – who would have thought that a three-year-old child is capable of such!

Since then, I understand that we do not know the true capabilities of our bodies, but I never urge to use my example as a guideline – the level of preparation is different for everyone.

In addition to walking, an excellent endurance workout is cycling. Children love to ride a bike from a very early age. It also develops endurance. Provided, of course, that pokatushki not last for five minutes.

To stimulate the child to train, parents also need to learn two-wheeled vehicles or rollers.

Children can be put on rollers not earlier than five years, when leg muscles are strong enough, and coordination of movements is at the right level. Otherwise, there may be problems with their incorrect formation. In winter, the whole family can safely go skiing.

All sports games also develop endurance. Ball games, salki, catch-up, jump rope train the child during the game. The desire to compete and win allows the child to overcome fatigue, at the same time filling his life with emotions.

In general, any sport develops various types of endurance. Now my daughter is 4 years old and now she has been riding for the second week. In general, such classes usually do not take children under 5 years, because their stamina is not high enough to withstand tense, both emotionally and physically, training.

But whether our 20-kilometer crossings helped, or something else, but they took us. I do not remember that I saw her as happy as during training. We leave the stable always with tears … 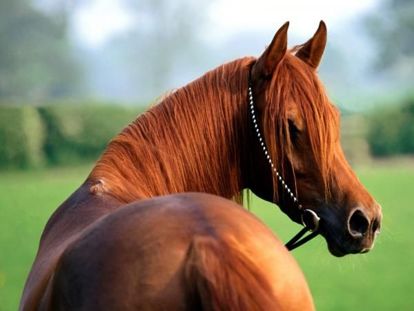