Bookshots for our children, preschoolers

Surely many of you have heard of kinolyap. I admit, I never noticed technical or logical errors in the films until I watched programs about them.

But it is not about that now. Reading books to my daughter once again, I finally paid attention to the pictures and was incredibly surprised at the number of inconsistencies. I want to share them with you.

The cat changes its color

Look at the first picture of a black cat. 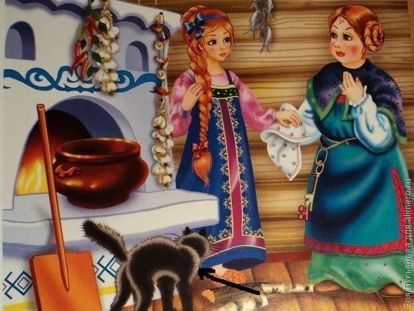 And already on the second she sharply became brown with white spots. 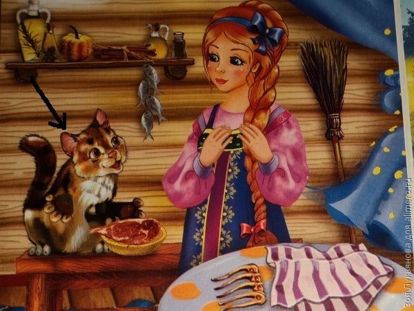 In the story, the girl runs away from the Baba Yaga and at the same time, if you follow the logic of the pictures, she constantly twists the braid, doing it right and left, and also changes the location of the bow. 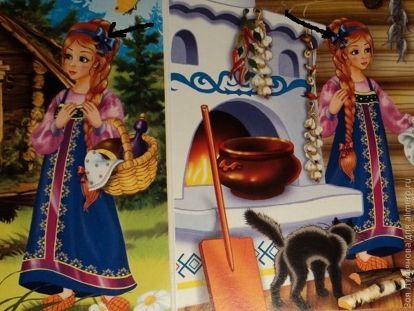 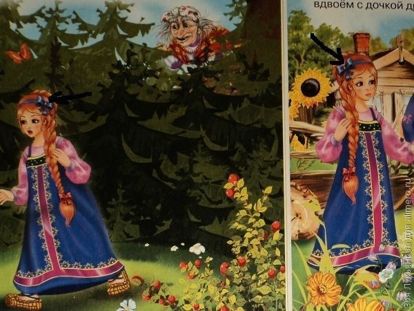 It’s amazing how agile the girl is!

The tale begins with the fact that a princess is born, and the king and queen invite everyone to look at her. 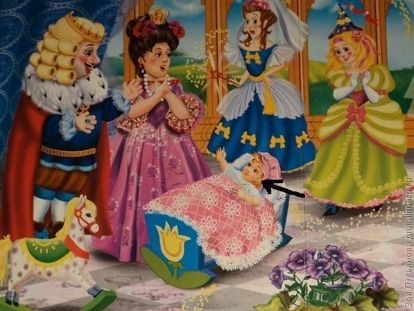 With the naked eye it is clear that the girl in the crib doesn’t look like a baby, she is at least a year old.

Princess on the Pea

Transformation of a dress and princess

The princess falls into the castle of the prince in a dress without lacing and a green patch. 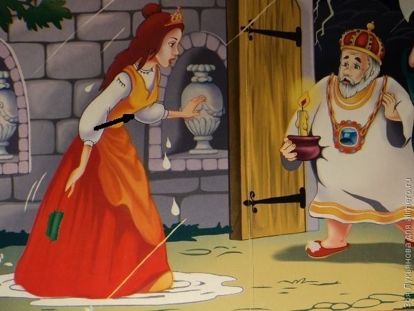 The next day, lacing appears on the same dress and the patch turns pink. 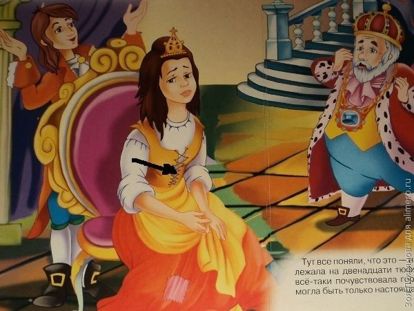 In addition, if you look closely, then the girl herself in both pictures looks different, for example, pay attention to the color and length of hair.

Someone can not count?

According to the description, the queen mother lays 12 mattresses and 12 feather beds onto the bed. But if you count, then there are only 8 on the bed. As a lover of numbers, it just kills me. 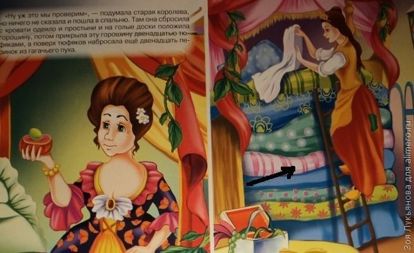 In this book, just an abundance of blunders!

Masha sits at the table, where, in addition to bowls of porridge, are drying, cookies, apples and a samovar. 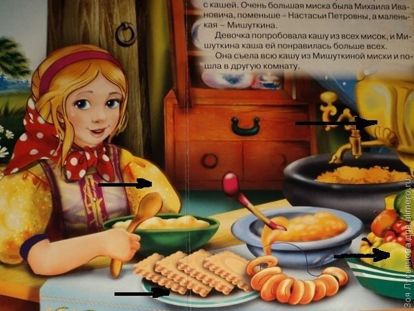 When the bears came, they found porridge and pies on the table. Where did all the rest go, and did the girl decide to bake pies? Although the plot of this word. 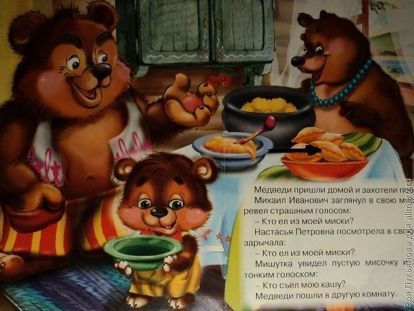 Maybe you noticed that the first picture Masha in a yellow shirt? Here she is already in pink, and the dress has become a sundress. 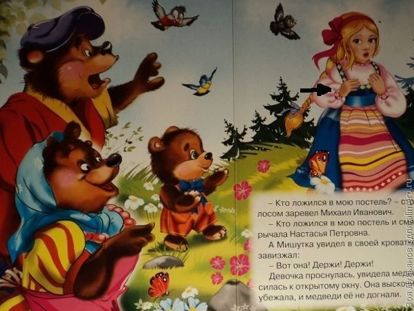 An amazing transformation took place with the clothes of bears. Or did they, in spite of chasing the girl, decided to change their clothes quickly?

Book with alphabet and verses

I have long been reading a book to my daughter, where there is a rhyme next to the letter. But how many inconsistencies are there!

Look, it is said that the cat sat on the window, and does anyone put such a rug on the window? Although I am not an expert on pets and care for them. Maybe this is really normal? 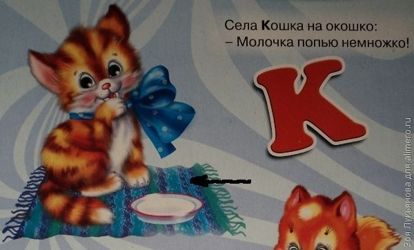 According to the poem, Santa Claus gave yellow coats. Where are they? 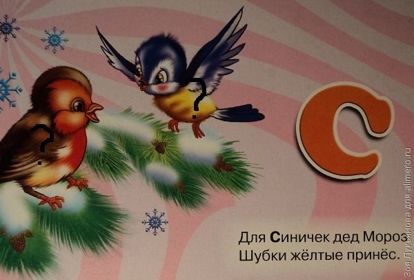 And then I was surprised by the logic. And here the supplies and cleaning? 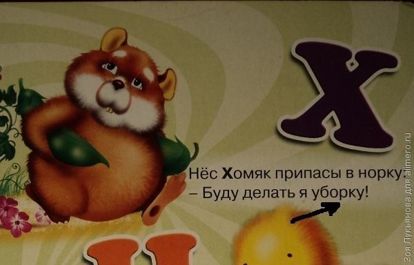 I would really like to know, dear mommies, is it just us and my daughter so unlucky with books or are there such a lot of us?

Have you ever had such book-like books?