The development of musicality, kids

They say that in every person hidden huge talents. Something is given easier, something more difficult, but in general, any person can, if not become Beethoven, then learn to play the piano – for sure.

While the baby is in the stomach


The simplest thing you can do, regardless of the child’s age, is to sing and listen to music. After all, the puzozhitel already hear it.

Most often it is recommended to listen to the classics, however, my firm conviction is that you need to listen to what you love. With a reservation to the child, of course.

No matter how you like dramas or, for example, heavy metal, it is better to make a choice in favor of more melodic directions, without pronounced bass. For example, for the period of pregnancy, I removed such groups as Pain, Avantasia, HammerFall from the playlist, but added Therion, Kalinov Bridge and, of course, the Mill.

Pregnancy only strengthened me in this opinion – after all, while listening to the classics, which I do not like, I began to feel sick, and over time the child began to rage if I, having clasped my teeth, decided on such an achievement. However, my child didn’t like Kino’s songs either in the stomach or when he was born. You have to listen to Tsoi exclusively in headphones.

On the other hand, a month before the delivery we heard the yellow submarine of the unforgettable The Beatles in a taxi. My daughter was so crumbled that the movement of the abdomen became visible even through the jacket – the poor taxi driver, he thought she was going to be born right in the car.

When the baby was born

From the moment you saw your baby, there is room for his musical development.

Secondly, fairy tales. Yes, yes, fairytales, read by roles, also develop a hearing! The mouse-noshushka beeps in a high voice, Mikhailo Potapych is voiced by a beautiful baritone. Even if you do not sing, letting the child feel the difference between pitch and tonality of sounds – you are already developing it.

And thirdly, a sense of rhythm. All of these claps claps, top-top and narrow paths have a clear rhythmic pattern. These are the first rhythm lessons for your baby. Already then there will be pipes and drums – the beginning lies in the children’s plays.

However, there are things that not only will not improve the musical ear of the child, but can practically negate all your efforts.

The most dangerous, oddly enough, are electronic toys. Now the sound module is almost everywhere. All of these pianos with distorted sound, walkers that almost go over to ultrasound, and pandas with shrill screams — all of this spoils the ear of the child. Therefore, it is better to get rid of such toys or not to acquire them at all.

Maracas or castanets, now in abundance sold in children’s stores, will bring much more benefit to your baby than such cheap curve toys with voice acting.

As you can see, the first steps into the world of music are quite easy to make. As they say, welcome! 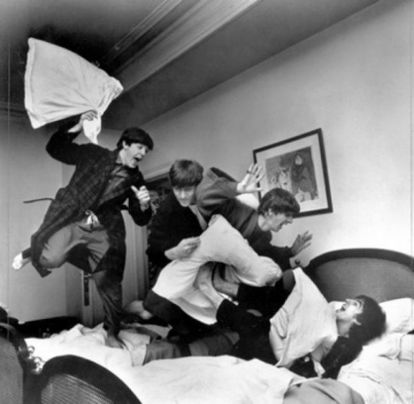 2019-07-25
admin
Предыдущий On whom to subscribe to the instagram: plus size model Katya Zharkova
Следующий Dangers associated with the yellow body during pregnancy