How to put the baby to sleep? 5 ways kids

I, like many other mothers, faced such a problem as a baby’s sleep. It is most relevant for infants and very young children. My daughter until the year loved to sleep when she wanted, often at her own discretion changed the schedule. Usually the causes of sleep disorders are physical and critical.

In my case, there were two reasons – gas in the tummy and teething. In this case, the daughter herself thought up when she should fall asleep and when she would wake up, and we tried to fight hard with this problem.

For ourselves, we have identified several ways of laying, the first of which is the most famous and popular – motion sickness. You can swing as you like – on the arms, in the crib, in the sling, in the stroller. For us, the most suitable option was hands.

Later we even used the option of swinging a daughter in a hammock, which she liked very much. The hammock consisted of an ordinary blanket, while my husband and I rocked it. Very often they rocked in a wheelchair, sometimes they used appropriate music. I have special melodies for kids, including the sound of the sea, the sound of rain, the singing of birds. I listened to all these melodies while still pregnant on special courses before giving birth. The noise of the sea daughter fell in love immediately. 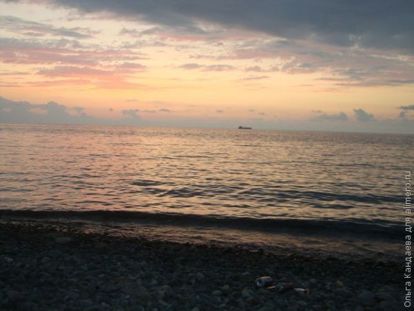 2. Falling asleep at the chest

The most common method that has been in place for quite a while is falling asleep at the chest. I went to bed with my daughter, gave her breasts and she quietly fell asleep, but after three hours my breasts demanded again, and so on all night. Naturally, this method is relevant only for those who are breastfeeding. His wonderful action ended at the moment when the teeth began to cut through.

The third way is to sleep with your baby. Even if you do not feed. When I stopped breastfeeding, it was much easier for me to put her on the bed with me, wait for my daughter to fall asleep, then put him in bed. This method we used for quite some time. I had to sing songs and tell tales until she fell asleep. Sometimes fairy tales were told not by me, but by a special crab-storyteller. I do not think. that the daughter understood the meaning of the fairy tales, but her very speech reassured her. The turtle, the lamp that made the starry sky in the room, also helped well.

The fourth method is a sequence of actions. It is necessary to work out a certain ritual. When the daughter got older, she knew that after bathing we change her clothes and go to bed. Children’s sleep can be tailored to a specific schedule.

It is important for the parents themselves not to depart from the schedule. If you do not forget, and, despite weekends and holidays, putting the child to sleep at the same time, you can achieve good results.

5. Before getting up – before falling asleep

You can also ensure timely sleep at night with the help of an alarm clock, which mom needs. I myself have long adjusted to the sleep of a child. Then she decided to change the situation and began to wake her in the morning before the time when she usually wakes up.

Thus, she achieved that she got tired faster in the evening and went to bed more quickly. Although this method is quite problematic, for the reason that mom is also hard to get up on an alarm clock, if you had to put the baby to bed at midnight.

Hope some tips help drguim moms. Although the most important thing in any case is patience and strength.

2018-11-21
admin
Предыдущий How to lose weight? 35 my habits how to become slim
Следующий When to start feeding while breastfeeding a newborn baby?