Specific goals in the study of the foundations of geography with the kids, except, General developing, no. At the age of 3 years, children do not need to know the capital of the states and the heights of the peaks of the thousand.

By the way, the son of my girlfriend (3 years 11 months) knows by heart at least 20 flags of different countries, but here his personal interest is more likely than his mother’s influence.

For kids, it’s enough to know basic concepts about parts of the world – where certain animals live, where it is warm, where it is cold, the names of the countries where acquaintances and friends live, etc. In parallel, you can talk about the features of climate and nature – desert, jungle, taiga, tropics, seas, oceans, mountains.

The child, unlike adults, has a slightly different idea of ​​space. For my 3-year-old daughter, the sea is to drive the night by car, very far away, but America (where her friend lives) is to fly the night by plane (that is, further, but not much, although I try to explain to her how big the Atlantic Ocean is ).

Most children from all parts of the world prefer Africa. It seems to me that the reason is that the animals most loved by children – elephants, zebras, crocodiles, runaways, monkeys live there. 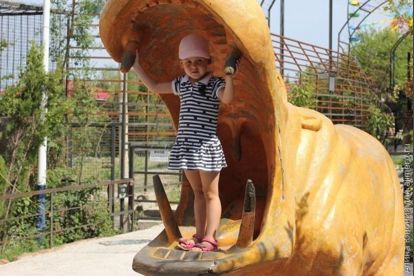 True, besides Africa, my daughter has tender feelings for Antarctica as well, because one of her favorite cartoon characters, Lolo, lives there. In her interest, the neodino daughter is her friend (4 years old), an ardent admirer of Lapland, because it is there that the Snow Queen lives.

Now we have an action of one famous yogurt – on each cup there is a piece of the map of Ukraine. Thanks to this competition, the daughter already knows almost all the major cities of Ukraine, which can also be considered a study of geography, in a sense.

I remember when I was little, I had books depicting national costumes of various republics and countries, now, alas, this topic is not so popular.

The world map works perfectly with the image of animals in their habitat. With its help, you can more or less adjust the child’s ideas about the distances between cities and countries. 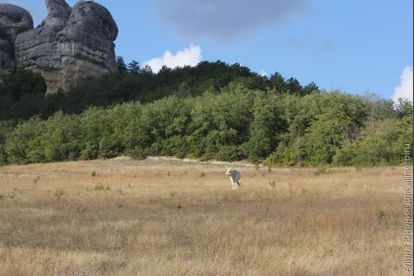 Fortunately, now there are no problems with books (the problem is only the price of these books). On New Year’s Eve, I bought my niece a great jungle encyclopedia with sound effects!

I also saw on sale puzzles Find a pair where you need to properly connect the animal with the place where he lives.

Of course, knowledge in this area is not mandatory for kids. But they perfectly develop spatial thinking, logic, lay the basis for new concepts. My daughter does not quite understand what the earth axis is and why it is needed, but she knows and clearly says that when our half of the Earth is dark, the other half is light because the Earth rotates around its axis.

And how are your kids doing with geography? 🙂

2018-08-03
admin
Предыдущий Inhalation with laryngitis in children, including nebulizer: can they be done with the disease, rules and procedures
Следующий Elegant Expensive-Looking Wall Design by Murals Wallpaper