Here you are a happy mother, get out of the hospital with a baby in her arms. You have the best and healthy baby in the world. But it is not a secret for anyone that in the first few months many children have problems with the tummy. The reason for this may be not only colic, but also various intestinal infections and dysbacteriosis.

When a child is in the womb, he has no beneficial or harmful bacteria in the intestine. For the first time, he encounters them during childbirth, when he passes through the birth canal, and then when he is applied to the chest. It can be not only useful lactic or bifidobacteria, but also fungi, E. coli, which can normally live in the mother’s body.

In general, in the first week of life, bifidobacteria enter, and during the first month of life lactobacilli. Their number should be within 90-95 percent of the entire intestinal microflora.

But if for some reason this ratio is violated, then dysbacteriosis occurs. And this may be the cause of a bad baby’s sleep, anxiety, diathesis, indigestion, etc.

We also did not pass by this diagnosis. This was due to the fact that during our stay in the hospital, I was injected with antibiotics. And I applied my son to my chest, starting from the third day. So some part of these drugs also got into his unformed gastrointestinal tract.

There are several other factors that may cause dysbacteriosis in a newly born baby:

1) If the birth was pathological.

2) If there is any infection or illness in the mother.

3) Attaching to the chest for some reason was too late.

4) Immaturity of the intestine.


What are the symptoms?

1) The baby is not gaining or gaining weight very poorly.

3) Constipation or diarrhea with blood or mucus.

Of the above symptoms, we initially had problems with the stool. That chair was frequent, then too thin, then a little greenish. And when the period of introduction of lures began, almost every product began to turn red cheeks.

In order to cope with this problem, you must first pay attention to nutrition. If the baby is breastfed, then the mother’s food, and if it is artificial, then you need to carefully select the mixture (it is better to have fermented milk mixtures).

They also recommend taking lacto-and bifidobacteria to normalize the intestinal microflora. But I will tell from my own experience that this did not help us much.
When we started food allergies, we turned to experts and passed tests for dysbacteriosis. 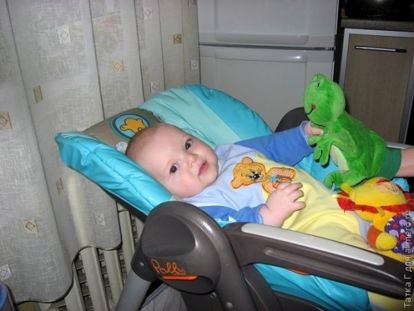 According to the results, we were prescribed beneficial bacteria and bacteriophages, after their course everything had to stabilize. But it was not there. In the period from six months to 1 year, everything lasted with some frequency. Those. consistency was not. I could not understand because of what kind of food we had problems with the stomach.

After a while, my son was again prescribed bacteriophages, but at that time I had no money, since they are quite expensive. I did not buy them, and a month later I stopped breastfeeding my son. And the allergy we have also passed. Then she began to introduce products and everything was wonderful.

So far I have not given him whole milk at one and a half years. No, there was nothing terrible, just started having problems with the chair. Now, we are three years old and he still has a bowel reaction to milk. No allergies, but the state of the chair changes. And if you eat a lot of milk, sometimes mucus appears. Therefore, my child eats mostly dairy products, sometimes milk porridges, but does not drink milk in its pure form at all.

Judging by our experience in the treatment of dysbacteriosis with medications did not bring the proper result. It seems to me that if you have problems with the gastrointestinal tract (problems, not diseases), you need to follow the diet during the acute period and follow the diet as a whole. And for newborns, the best way to avoid dysbacteriosis is breastfeeding with a balanced diet of the mother.

2018-08-28
admin
Предыдущий Children’s jealousy in our family, preschoolers
Следующий Is A Day Nursery The Right Childcare For Your Toddler