Acceleration of hair growth, about hair

How to quickly grow hair? This question most often worries those women who have stopped painting and decided to grow their color, or those who want to return to a longer length after cutting. I got into the first category a few months ago.

I must say that I tried several options for masks to accelerate the hair. Something came up and gave the result, something did not. In this topic, I want to talk about two options that I used to solve the problem.

First of all, in the cosmetic departments, I began to pay attention to various shampoos and other products, the action of which would be aimed specifically at enhancing hair growth.

I can say that there were quite a few of them, so the choice was not easy. But it influences me when I buy both products and cosmetics, design, packaging form.

So in this case, confused among such a variety of means, I decided to choose exactly according to the appearance of the bubble, since I did not use any of the shampoos and balms before me and could not know their characteristics.

In the end, my choice fell on a restorative balsam conditioner with shea butter Elastine Hair Gain. 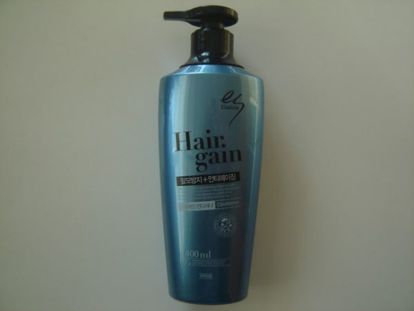 I liked the fact that it is not squeezed out like a normal shampoo and conditioner in a bubble. This method, as I noticed, allows you to use the tool more economically. At the same time a large tube – 400 ml, and it cost about 250 rubles.

I used it for more than two months. In my opinion, it is quite a normal period to determine the conclusions. They turned out the following.

It was stated that this balsam conditioner primarily prevents hair loss and accelerates their growth.

I can’t say for sure about the loss, because I didn’t have this problem. As for growth, measuring, I found that over the two months the industry’s hair was 2.5 centimeters … Considering that I have an average hair growth rate of about 1 centimeter per month, I was not particularly pleased with the effect of the balm, I I still expected more.

However, I did not regret that I made this purchase. Apparently, due to the content of vitamin B5, shea butter and arnica flower extract, the hair received additional nourishment. They have become more brilliant and healthy looking, just what they call – strong.

And I also noted the mild effect of this conditioner on the scalp. I had a slight itch from some of the same kind of remedies. And in this case – no, no dandruff, no itching.

Mask to accelerate hair growth from kefir and oil

This mask surprised me that it does not use vegetable oil, but butter. 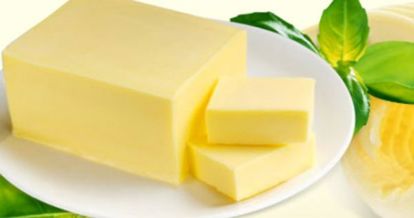 The composition of this mask is simple: for 1 part of butter – 3 parts of kefir.

Immediately make a reservation that for this experiment I bought a good oil, i.e. not a spread and not a doubtful product, albeit with the inscription butter, but at 20 rubles per 200 g

For the first time I decided to make a trial portion – 1 tablespoon of softened butter mixed with three tablespoons of kefir. Then she increased the number of products.

I rubbed the resulting mixture into the roots, and applied the remnants to the hair along the entire length. Further, according to the usual algorithm, a cellophane cap and a terry towel. Left this mask for half an hour, and then washed off.

This experiment also lasted two months, but this time the hair growth was 3.5 centimeters, which I was very pleased.

But in addition to this significant advantage, this mask has two drawbacks. First, after this mask is harder to remove the smell. Secondly, it will fatten hair.

Maybe this is my individual feature. I attribute my hair to a normal type, but using various means, I have repeatedly convinced that it is easy to knock them down either towards dryness or towards fatness.

But in general, I also do not regret anything. Sometimes you have to sacrifice something to achieve a goal … And I achieved my goal.

And what means to accelerate the hair you used?

Care for hair extensions, about hair

Care for curly hair, about hair

Care for thick hair, about hair

Hair care after perm, about hair

Hair care in the summer, about hair

Do you know how to wash your hair, about hair

Vinegar for hair, about hair

Herbs for hair, about hair

Thermal protection for hair, about hair

Serum for dry hair, about hair

Surely every girl heard about dry shampoos. They are designed to quickly refresh hair, when ...

I did not have dandruff until I gave birth. It can be seen, my body ...

Haircuts with a long bang 26 ideas about hair

Today I again want to devote a topic to haircuts. Namely – options with a ...

Haircuts for medium hair, about hair

Haircuts for medium hair are considered the most convenient and versatile. I can confirm this ...

Every year, short haircuts are becoming increasingly popular among the fair sex. I understand them ...

Haircuts for long hair, about hair

I once had long hair, but I cut them off after my son was born. ...

Any girl would agree with me that it is difficult to opt for any one ...

Choosing a hairstyle for women is always a hot issue. After all, we love so ...

Haircuts for fine hair, about hair

In my childhood I had very long hair, but they never differed in density. That ...

Haircuts for an oval face, about hair

The oval face shape is the most versatile. This fact is recognized by absolutely all ...

Haircuts for curly hair, about hair

Curly hair from nature are found, but quite rare. Their owners often use irons for ...

Haircuts for a round face, about hair

All girls love to change their style and image, hair color and haircut. In order ...

Short haircuts for women are very popular. They are comfortable to wear, suitable for many, ...

Haircut ladder with bangs on the hair

Haircut ladder with bangs enjoys great popularity among women. This is not surprising, since it ...

Haircut bob with bangs, about hair

Kare – my favorite haircut. It is simple to pack, and always looks fresh, fashionable ...

Haircut with an elongation, about hair

The bob with lengthening is a haircut that has not lost its popularity for several ...

Quite a popular procedure. But it is interesting, is it really useful to cut with ...

Haircut bob does not go out of fashion for several years in a row. It ...

Should I believe expensive shampoos, about hair

Shampoo – a mandatory resident of most bathrooms. After all, absolutely all hair needs cleansing, ...

Means for strengthening hair at home, about hair

My friend, who works as a pharmacist, often shares her know-how from her regular customers. ...

I want to share with you my hair care methods, maybe someone will find something ...

Today I want to tell all the participants of Alimero my impressions of the brand ...

By the New Year, I received many gifts. Most of them are cosmetics. It seems ...

Not all of us manage to visit beauty salons all the time and be completely ...