Oh, those falls! As soon as the baby begins to move little by little – hello bruises and bumps. And to protect the child from all bruises is an absolutely impossible task. To follow, of course, necessary. As they say – eye yes eye. But what to do if the fall still could not be avoided? My main rule is panic under lock and key!

While my baby did not know how to walk, but only crawled, we were able to avoid falls. Hardly that, the airbag worked – simply speaking, she sat on the ass. But as soon as we celebrated our first birthday, our flights and falls immediately began. Most often we got off easy fright, sometimes there were bruises and scratches. And only once (she was almost four years old), she received a severe bruise of the head. Thank God, there were tears and a bump.

With the son the story is completely different. He was very unsuccessful. Learned to crawl – and the first bruise on his forehead appeared. He became even older, and then he fell again, this time with his nose in the carpet. And when I started to walk, I’m completely afraid of losing him even a step. I try to load all the chairs in the house so that he does not climb on them. From the windows all the furniture had to move away …. Well it is, by the way about safety. 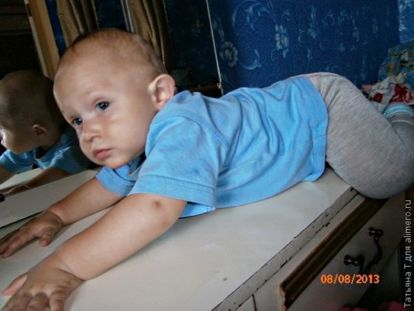 I was about to tell you what to do in such disturbing situations.

one. First of all, you never need to panic. No screams and lamentations. The child is more afraid of her mother’s hysteria than the fact of the fall. In addition, panicking, we can not think and assess what happened adequately. Any scratch can seem like a terrible wound.

2 It is necessary to console the child. He is not yet able to control his movements well. Therefore, blaming him for what happened is cruel and wrong. I say this not just to keep the conversation going, but I have often seen such harsh mothers. They spanked and scolded their little ones, instead of comforting them. It depresses me.

3 The injury site must be carefully examined. If the wound is serious or the baby has lost consciousness, immediately call an ambulance or take the child to the hospital. If the wound is small, but blood flows, it must be stopped. The blood usually stops in 3-5 minutes, and when it continues to perform even after 15 minutes, you cannot do without a doctor. It is better to immediately apply cold to the hurt place. At home, I usually grab something from the freezer, and, wrapping myself in a towel, attach it to a sore spot. The pain so quickly subsides.

four. After the fall of the child or his bruised head, constantly closely monitor the state of health of the child. Even if he immediately ran to play. Sometimes a concussion may occur one day after the impact. Should be alarmed by such changes: 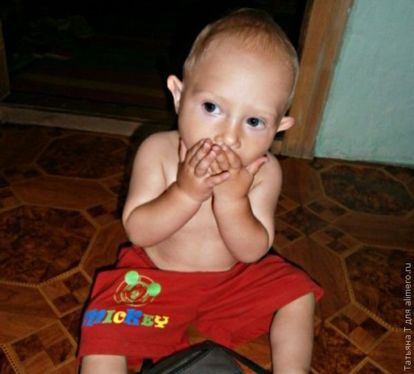 Let your little ones grow up without injury! And if there was a sad experience – waiting for your advice.

My darling crumbs are now four years old. From my husband, I literally ran away ...