What time of day is better to do sports 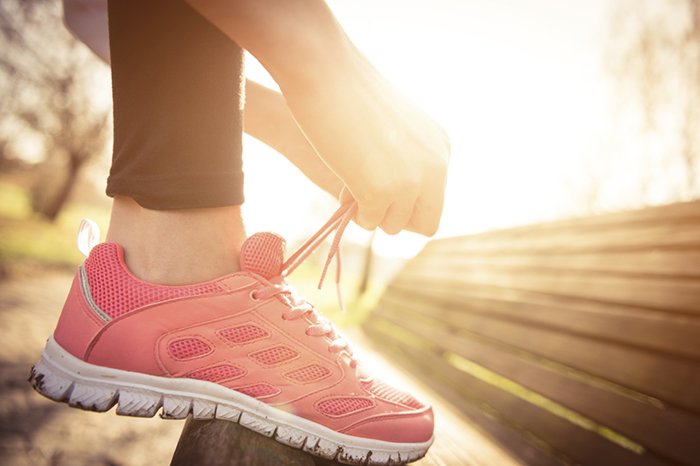 The answer to this question depends on what goals you are pursuing while playing sports. Do you want to build muscle?

Are you going to lose weight? Or maybe you train to sleep well?

Before reading further, give yourself the answer to this question.

When it comes to sports for weight loss, then when choosing between morning and evening workouts, you must take into account, first of all, your age.

In 2010, a study was published in one of the American magazines devoted to sports medicine. According to him, evening sports more than the morning, contributed to the loss of weight and fat mass of women in postmenopausal women. It also turned out that evening workouts change food habits: women began to eat more at breakfast.

And you probably know that if you do not neglect breakfast in the morning, then it reduces the likelihood of obesity, stabilizes blood sugar levels, and even suppresses appetite then during the day.

However, a study of the same 2010, but already published in the journal of physiology, proved that pre-breakfast classes help to achieve greater weight loss, because the energy for training arises from burning large amounts of fat accumulated by the body, rather than from carbohydrates eaten at breakfast. In addition, in this work, it was proved that for people who are losing weight, training on an empty stomach is more beneficial than playing sports after eating: it charges the body with energy and improves glucose tolerance on the background of a diet rich in fats.

Morning workouts seem to program the body so that it burns fat throughout the day.

So, if you are engaged in order to lose weight, the choice of exercise time is entirely yours. The main thing is that you can then ensure yourself a regular workout at your chosen time of day. 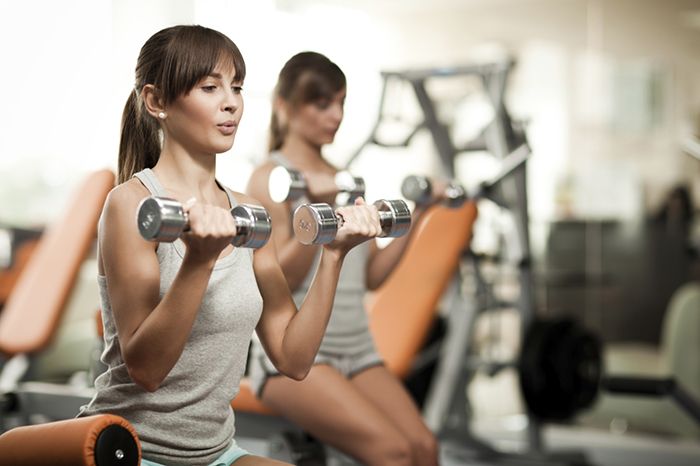 It is proved that muscle strength is at a minimum in the morning, and then gradually increases, reaching its peak value in the early evening.
A material published in 1998 in the American Medical Journal investigated how time of day influenced muscle efficacy in a group of untrained men aged about 20 years. The men performed a series of exercises on muscle strength at different times of the day: 8 am, 12 pm, 16 hours and 20 hours.

The result was as follows: the muscles worked better in the morning only in those exercises that included fast, rapid movements. In other words, the maximum muscular strength varies depending on the time of day and depends on the speed with which your workout takes place. 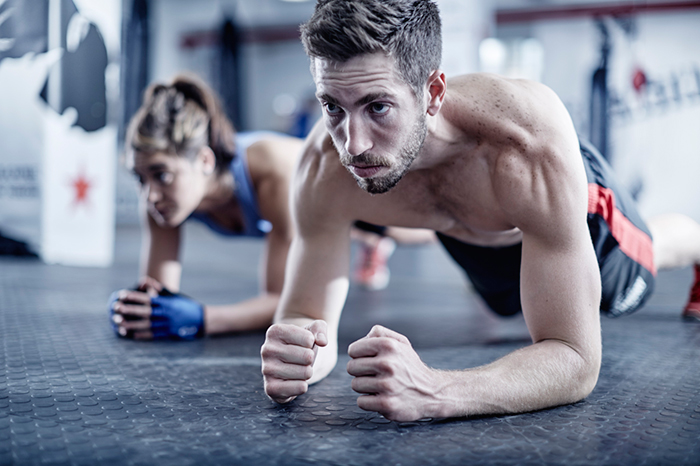 Fans of fitness are constantly tormented by the question, when is it better to work out in order to quickly build muscle and get rid of the hated fat. The answer is found!

A study of American scientists, published in 2009, proved that evening hours contributed to this.

Scientists observed a group of young people who played sports for 10 weeks from 17 to 19 hours. Then amateur athletes were divided into 2 groups.

And over the next 10 weeks, one group changed its schedule and began to train in the morning – from 7 to 9 in the morning. And the second part continued playing sports at the same hours as before – from 17 to 19 hours.

The good news is that the researchers found that ultimately all the men from both groups increased the strength and volume of their muscles. However, the devil, as usual, is in the details: the evening group gained an average increase of 3.5%, while the morning group increased its muscles by an average of 2.7%.

The fact that in the morning, there is also an increase in muscle mass, although not as intense as in the evening, scientists explain with a recently discovered phenomenon called “timebutI’m adjusting “(temporal specificity). This phenomenon is confirmed by repeated experiments: with regular workouts at the same time, your body produces certain settings that allow you to develop the highest possible productivity of physical activity at this particular time.

From this it was concluded that regular evening workouts combine both phenomena – maximum strength and muscle endurance in the early evening, plus a temporary adjustment to workout at that time. And this allows you to achieve the best result to those who play sports for the sake of building muscle mass. 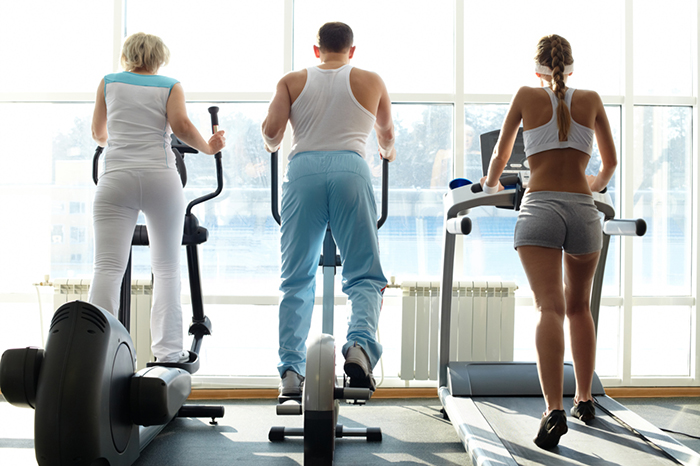 To improve your productivity, especially if you often experience a breakdown in the afternoon, work out at noon. A 2009 study suggests that classes deliver more energy to cyclists who pedal, for example, at 6 pm, rather than at 6 am.

So the middle of the day is better suited not for walking or hiking, but for high-intensity workouts, such as jogging, swimming or cycling. This is partly due to the fact that the body temperature is higher during the day – and this means that the muscles and joints are already stretched and better prepared for training, and thus the risk of injury is less in the afternoon. 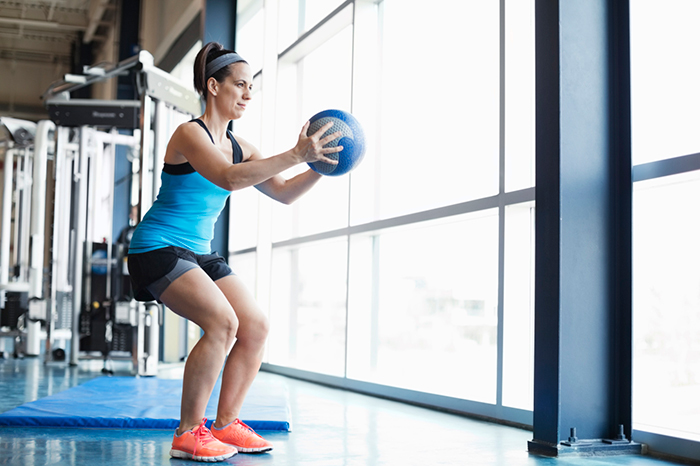 Paradoxically, but setting the alarm for an early morning for exercise can improve sleep and also reduce stress. In 2011, American scientists tracked blood pressure levels in amateur athletes aged 40-60 years. Each participant worked at a moderate pace on a treadmill for 30 minutes three times a week – at 7 am, 13 hours and 19 hours.

Morning workouts also improved the quality of sleep: unlike those who worked at a different time of the day, these volunteers slept longer during the night and went deeper into sleep. In general, the morning group spent at night 75% more time in the deep sleep stage. Early birds not only improved the condition of their cardiovascular system, but also reduced their anxiety and stress due to sound sleep. 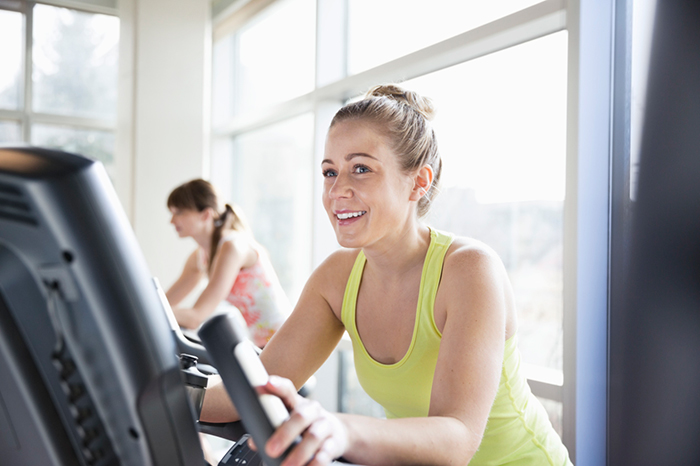 Regardless of the time of day at which you train, the main key in sports is regularity and consistency. This means that it is better to train at a time at which you can continue to practice constantly. Classes at different times of day on different days will bring less effect and more stress.

Therefore, when planning your workouts, pay attention to this important component: classes should be held at the same time, regardless of the day of training. As mentioned above, in this case, the effect of “time adjustment” will work and you will achieve the best result.

Do not forget about the required load. For example, the US Centers for Disease Prevention advise 150 minutes of moderate-intensity aerobic exercise be given weekly. This can be running, swimming, skating and roller skating, tennis, basketball, as well as dancing, walking and even climbing the stairs.

In addition, strength exercises are recommended 2 or more days a week, which include working out all the major muscle groups, such as legs, hips, back, abdomen, chest, shoulders, arms. However, this type of load is allowed to be divided into daily classes of 10 minutes.

And, of course, all efforts will be in vain without proper nutrition, which is a guarantee of not only the absence of excess weight, but also the health of the body as a whole.