We quit the child from the first days 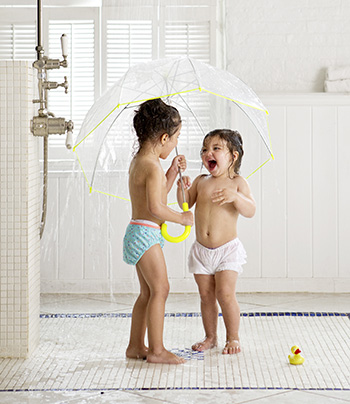 A huge number of bacteria, viruses and fungi enter our bodies. They are opposed to the coordinated work of the immune system, in which many organs and tissues are involved.

So that the protection does not have any gaps, the body needs to create the appropriate conditions, that is, it should be constantly trained and replenished with stored energy.

About 80% of the body’s immune cells are located in the gastrointestinal tract. There are about a thousand lymphocytes per meter of intestine, they recognize “outsiders” and produce antibodies to them, and a quarter of the intestinal mucosa consists of immunologically active tissues and cells.

The microflora also makes a contribution: depending on which microorganisms prevail in it, it can suppress the growth of pathogenic bacteria or, on the contrary, lend a helping hand to them.

Balanced nutrition will help normalize the bowels. The baby should consume enough water, vitamins and fiber. Its menu must include dairy and fermented milk and whole grains: cereals, muesli, legumes, as well as fresh vegetables and fruits.

Do not forget about meat, fish, eggs and sauerkraut.

The sooner you begin to harden the baby, the healthier it will be. Such procedures strengthen the body’s defenses, improve blood circulation and metabolism.

Their essence – to teach the body to quickly adapt to changes in the external environment.

It is best to start with the softest procedure – air baths. When dressing your baby, leave him naked for a while. At the same time the room should be well ventilated.

In winter, it is necessary to do this four to five times a day for 10–15 minutes. The room temperature depends on the age of the child.

Such “activities” can be carried out from about two weeks of age. Start with one or two minutes, every five days, increase the time by two minutes and gradually bring it to six months to a quarter of an hour, and to a year to 30 minutes. So that the baby does not overcool, warm it with a light massage or gymnastics.

Teach an older child to walk barefoot around the apartment.

It is advisable to keep the air baths up to two or three years old, but only at this age should they be taken while charging, which the child should do in his underpants.

But the most effective in terms of hardening are considered “water procedures”. Since the thermal conductivity of water is 30 times, and the heat capacity is four times higher than that of air, the temperature difference is much more noticeable, which contributes to the complete mobilization of protective forces.

But again, everything should happen gradually. Acquaintance with water in an infant begins with hygienic procedures: washing, washing, bathing.

The main thing is that the water temperature was not lower than 28 ° C. Every three months it can be lowered by a couple of degrees.

If the pediatrician gives the go-ahead, one or two weeks after the start of the air baths, you can prepare the baby for more severe water hardening. First, for one and a half to two weeks, rub the child twice a day with a dry flannel or woolen cloth until his skin turns pink.

Then proceed to wet rubbing. Dampen a terry mitten and rub the baby’s arms, legs, chest, abdomen and back from the bottom up.

One or two minutes of such rubdowns after a morning awakening will be enough. After that, dress the baby warmer.

When the baby gets used to such manipulations, again, having previously consulted a pediatrician, proceed with the douche. It is best to do this after swimming, once a day.

Begin with the heels, then water is poured on the legs, pens, belly, and in the end – on the back of the head.

With three years, you can gradually go to the soul of contrast. To begin with, the legs will have to get used to a sharp change in temperature. In one basin, pour water at a temperature of 38–40 ° C; in the other, water, the temperature of which is 3–5 ° C lower.

For a couple of minutes, the child immerses the feet in a basin with hot water, then for 5–20 seconds – in a basin with warm or cool water. This is repeated three to five times.

If the baby is healthy, the procedure ends with cold water, if weakened or recently ill – hot. Once every five days, the temperature of cold water decreases by 1 ° C until it reaches 18 ° C.

It usually takes about three months.

Then you can proceed to the contrast of the soul or contrasting. Before the procedure, the baby should warm up, for example, by doing morning exercises. The child is watered for one or two minutes, first with warm water at a temperature of 36 ° C, then for 15–20 seconds with water at a temperature a couple of degrees lower.

Always complete the procedure with a cool shower (about 33–35 ° C). After it, be sure to properly rub the baby with a towel.

As a rule, during the shower it is difficult to achieve a strictly defined water temperature. It’s okay: be guided by your feelings and the child’s reaction to the procedure.

Perfectly hardens children simple stay in the fresh air. You can walk with newborns if the temperature outside the window is not lower than –5 ° С. But first, try a couple of times to breathe with the baby on the balcony.

15-20 minutes is enough for the first walk. For a couple of weeks they will turn into a half to two hours.

From the second month to one year, it is allowed to take the baby outside at a temperature not lower than –15 ° С. Walking, be sure to expose the child’s face to the sun.

Our latitudes are considered deficient in vitamin D, and in the skin it is formed under the influence of sunlight. Catch any glimpse of the sun and try, if there is no strong wind, do not lift the hood of the stroller.

In order for a child not to sweat and freeze for a walk, there should be one layer of clothing on him than on an adult. Under the warm hat must wear a bottom, cotton. Outerwear in the cold season should be on a sheepskin or down, an envelope made of natural fur is also allowed.

Socks should be woolen or fleece-lined.

After a year, the baby begins to move more or less actively, therefore it is very important to wear it according to the weather. Remember: sweating is a sure path to a cold, so do not muffle children.

2019-11-12
admin
Предыдущий A child has a cold: what and how to treat
Следующий Should I think about school at 5 years old, preschoolers