SPA on the waters 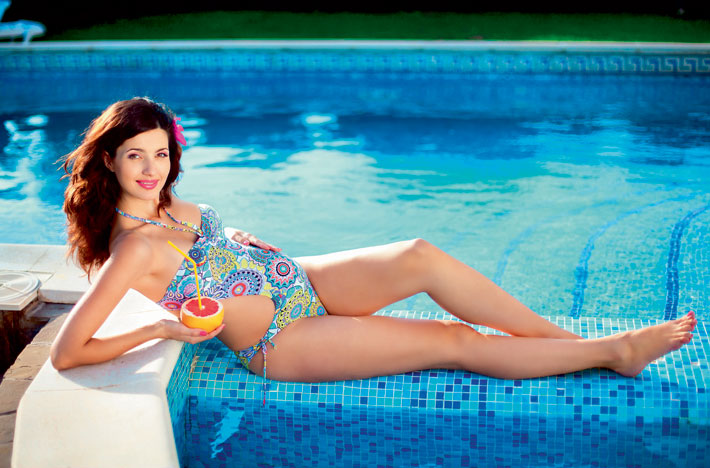 It is very useful for the future mother to be in the water – to swim, lie down, and do gymnastics. The load on her spine, vessels, ligaments and muscles for 9 months increases several times.

In the air element, even when lying down or sitting, it is not possible to relieve the tension completely. Relief comes only in water, because there a person’s weight decreases 10 times. During pregnancy, this effect is difficult to overestimate.

Water not only relieves pain, stress and gives a feeling of peace, but also helps fight edema and restores blood circulation. However, water procedures can be taken only after consulting a doctor, because some of them are incompatible with pregnancy.

During all 9 months, underwater and surface massage, Charcot’s shower and Jacuzzi are strictly prohibited. Under the action of strong pressure of water jets and air bubbles, the muscles of the body, including the uterus, come to a tone, and this threatens to terminate the pregnancy.

Bath during pregnancy can be taken only with the permission of the doctor. The optimum water temperature for this period is +34 ° C. A higher one will lead to dilation of the blood vessels, which will increase the risk of bleeding. In any case, the duration of this water treatment should not exceed 15 minutes.

Cosmeticians do not recommend using bath foam: such products dry the skin and can cause itching and irritation, because the sensitivity of the skin in pregnant women is usually increased. By the choice of aroma oils, too, should be taken carefully: many of them contain substances that pose a threat to future mothers. For example, wormwood, root, thuja, hyssop, sage, lavender can increase the tone of the uterus, which causes the risk of premature birth.

For the same reason, oils of basil, myrrh, chamomile, thyme, anise, fennel, yarrow are not recommended. In addition, some of these herbs contain phenols and aldehydes. The first ones are a strong immunostimulant and choleretic, the second – irritate the mucous membranes of the respiratory tract, which can lead to edema, and over-excite the nervous system.

Juniper oil is also contraindicated: it activates the activity of the kidneys, which during pregnancy and so work with increased stress. Nevertheless, alternatives still remain with lovers of aromatherapy: you can add 2-3 drops of citrus oil (orange, lemon, lime), bergamot, levzey, tea tree, sandalwood, and eucalyptus to the bath. 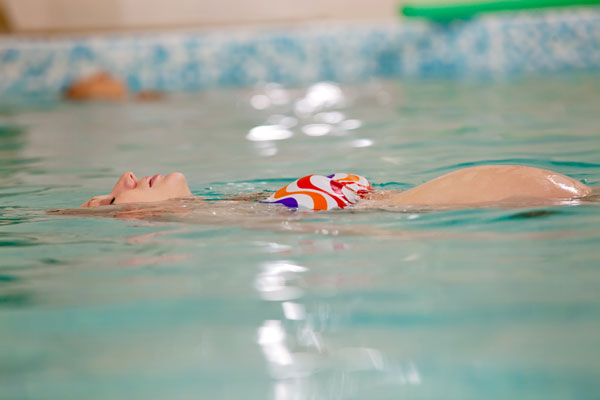 Attitude to the soul is also to be revised. During pregnancy, it is better to take it in the morning in order to wake up. If you get up under the shower in the evening, the nervous system can get overexcited, and it will be more difficult to fall asleep.

From the massage nozzle, too, must be abandoned. During pregnancy, the vascular walls become easily vulnerable: from the strong pressure they can be damaged, which will lead to the formation of spider veins.

A weak stream during this period is allowed to massage only those parts of the body that are located above the waist. A contrast shower in its adapted version can be taken by all pregnant women if they do not have pronounced dilatation of the lower extremities.

You can visit the pool at any time. Swimming strengthens the muscles of the back, legs, perineum, abdominals and shoulder girdle. Due to the acceleration of the lymph and blood circulation, gastrocnemius convulsions pass.

Even intestinal motility is normalized, and constipation disappears, which bother every fourth future mother.

When choosing a pool, pay attention to the method of water purification. The most common – chlorination – will not work: during pregnancy, the sensitivity to this substance increases (most often there is irritation in the mucous membrane of the labia and vagina).

Look for a pool in which disinfection is carried out with the help of bromine ions, silver, copper, ozone, or ultraviolet radiation.

Aqua aerobics or aqua-gymnastics are aimed at the development of certain muscle groups and breathing training. You can do in any fitness center under the guidance of a trainer or on special courses for pregnant women. In the first trimester, doctors advise to avoid too active movements.

From the second, the complex is useful for strengthening muscles and preventing excess weight. On the third, preference is given to breathing exercises and relaxing swimming.

A standard aqua-aerobic exercise lasts 1 hour and consists of a warm-up – swimming from side to side, aqua-fitness – active walking in water – and exercises to strengthen muscles. They are followed by breathing exercises and stretching.

Floating loosely from English means “slow drift.” This new-fashioned hydro-entertainment is already offered by some Russian fitness centers, and expectant mothers can also try it.

During the session, in complete silence and with closed eyes, you will have to lie on the surface of a large tank filled with a 30% solution of magnesia (it is also called English or bitter salt). The water temperature in such a “bath” is +34 ° C, as on the surface of the skin. It is known that a significant part of human energy is spent on keeping the body in balance.

At a floating session, due to the state of partial weightlessness, these resources are released, and the body can use them to solve other more urgent tasks.

2019-06-02
admin
Предыдущий When to wait for the birth?
Следующий Children’s jealousy: we teach the child to be jealous correctly