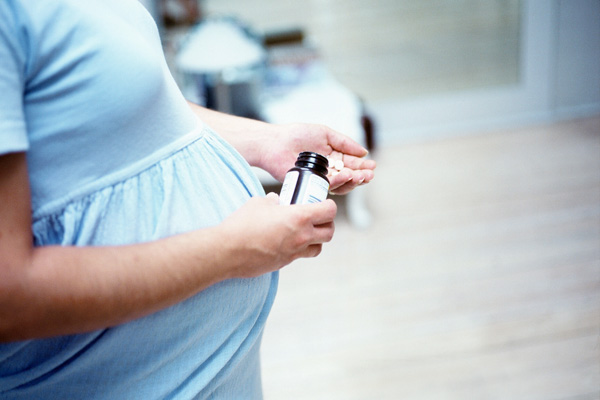 Attitudes to antibiotics in many expectant mothers are very negative: it is believed that they can harm the baby. But these fears are justified only by self-medication or uncontrolled admission. In the first trimester of pregnancy, the future mother’s antibiotics are prescribed only in the most extreme cases: in acute cholecystitis, acute appendicitis, peritonitis, pneumonia, and bacterial infections of the gastrointestinal tract (salmonellosis, yersiniosis).

During this period, the placenta is formed and all the organs and tissues of the child are laid, so the risk of developing defects in the baby is maximum.

With this in mind, doctors prescribe the safest types of antibiotics, time-tested. In semesters II and III, exacerbations of chronic diseases such as pyelonephritis and cystitis, sexually transmitted infections that are “woken up” infections (chlamydia, ureaplasmosis, gonococcal infection), and chorioamnionitis can cause inflammation of the membranes due to intrauterine infection .

After the 12th week, when the most important stage of the baby’s development is over, the list of drugs used to treat expectant mothers can be expanded.

There are several types of antibiotics, and not all of them are approved for use during pregnancy. According to the mechanism of action on infectious agents, these drugs are bactericidal and bacteriostatic.

The first kill harmful microbes, the second suspend their growth. The spectrum of action of antibiotics can also be different.

According to this parameter, they are divided into 5 classes, each of which fights with a certain type of pathogenic bacteria. And finally, antibiotics differ in their chemical composition, breaking up into 12 groups.

Most of them have an adverse effect on the woman’s body and on the development of the child.

Future mothers are suitable for three groups of antibiotics that do not have a bad effect on a child – a group of penicillins (penicillin, amoxicillin, oxacillin), a group of cephalosparins (cefazolin, cefotaxime) and a group of macrolides (erythromycin, josamycin). In the first trimester, when the baby is most vulnerable, doctors try to do with penicillins and cephalosporins. After the 12th week macrolides can be used.

But regardless of the term, only the doctor should select the drug.

The remaining groups of antibiotics are contraindicated for pregnant women, and for good reason. Aminoglycosides (streptomycin, gentamicin) violate the development of the kidneys and hearing aids of the child.

Sulfonamides (which, in particular, Biseptol, which is popular in the treatment of bronchitis), can provoke severe damage to the hematopoietic system. Tetracyclines, familiar to many from childhood (tetracycline, doxycycline, vibramicin), can damage the liver of both mothers and children, and in a baby cause irreversible damage to the tooth enamel and slow down bone growth. 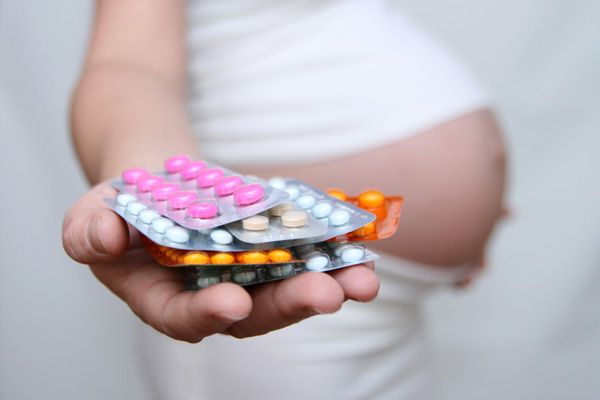 However, if the question arises about life and death, doctors save a woman by any means, regardless of contraindications. The use of drugs that are dangerous for the baby may become necessary in case of infections that are fatal (sepsis, severe pneumonia, meningitis).

At critical moments in the immune system, the instinct of self-preservation works, therefore the woman’s body sometimes gets rid of the pregnancy itself, and the medicine has nothing to do with it.

In appointing the future mother of any drug, including an antibiotic, doctors have to take into account important changes occurring in her body. During pregnancy, the volume of circulating blood increases, and the kidneys begin to quickly release drugs to the outside.

For this reason, to achieve a therapeutic effect, doctors sometimes need to increase either the dose of the drug or the frequency of its administration.

To ensure that the drug is as harmless as possible with such volumes and graphics, it is advisable to conduct an antibiotic sensitivity test – bacteriological culture. Material for the study is taken from the habitat of the bacteria that caused the disease.

This may be sowing from the throat, sowing the vaginal microflora from the cervix, seeding urine or blood. But the results have to wait quite a long time (from 3 to 10 days), so in emergency situations there is simply no time to conduct such an analysis.

Like any drug, every antibiotic has side effects. Most often, these drugs cause allergies.

This is due to the fact that during life we ​​encounter them more often than we think. Antibiotics are prescribed for sore throats, many “childhood” and intestinal infections. These drugs actively treat livestock, so they are present in the milk and meat that we eat.

Over the years, the body manages to develop an immune response to antibiotics in the form of an allergy, and in this case, doctors have to more carefully select a medicine.

Another disadvantage of antibiotics: they kill not only harmful bacteria, but also destroy the beneficial microbial flora in the intestine and vagina. This can lead to a weakening of the immune system, and then intestinal dysbiosis or intestinal disorders (constipation, diarrhea) will begin.

Fortunately, this trouble is much easier to eliminate: it is enough to take probiotics along with antibiotics and for 2 weeks after completing the course (Linex, LEK; Bifiform, Ferrosan; Bifidumbakterin; Atsipol, LEKKO; Acylact) – preparations that restore the intestinal flora and vaginal flora and eat more dairy products.