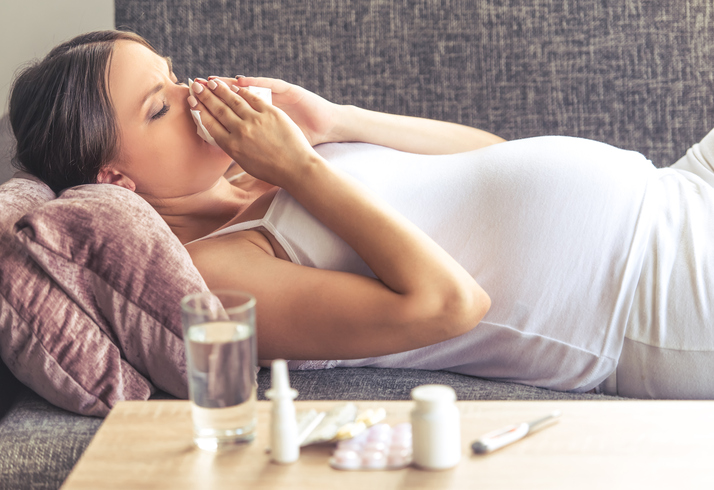 The causative agent of measles is a virus. The source of infection is a sick person, the transmission route is through the air with sputum. Where does it come from?

The latent period of the illness lasts 10 days, then in 3-5 days it starts to develop slowly: the future mother’s temperature rises, a runny nose begins, conjunctivitis, a dry, barking cough. 2 days before the appearance of a rash on the mucous membrane of the cheeks, whitish spots surrounded by a red rim appear in the level of the molar, that is, lateral chewing teeth;

Sometimes these spots occur in the throat. By the end of the second day, the temperature drops to jump again with a rash.

After 3 days from the start of this trouble, the patient begins to recover, and her skin to peel off.

The measles virus is rarely transmitted to the unborn baby, the problem is that during pregnancy it is better not to get sick, to avoid problems in its course and complications.

Future mothers with measles are not placed in the hospital, and they do not need special therapy. If the disease began at the beginning of labor, the patient is supposed to be sent to the isolation ward of the infectious hospital.

Feed the baby is allowed, but with the condition that the young mother put on a mask.

The causative agent is a virus. The source of infection is a sick person; the route of transmission is through the air with sputum and through objects.

The temperature rises to 37.5–37.8 ° С, and the glands behind the ears increase to the size of ripe sweet cherry.

If a mother gets mumps in the 1st trimester of pregnancy, the future baby can become infected with it too – then there is a risk that the effect of the virus will disturb or interrupt its development. Having picked up the mumps before birth, he may be born with signs of illness, or they will manifest themselves in the first days of his life.

Expectant mother to sit at home. Perhaps the doctor will prescribe her a course of oil compresses, which will be put on the ear glands. 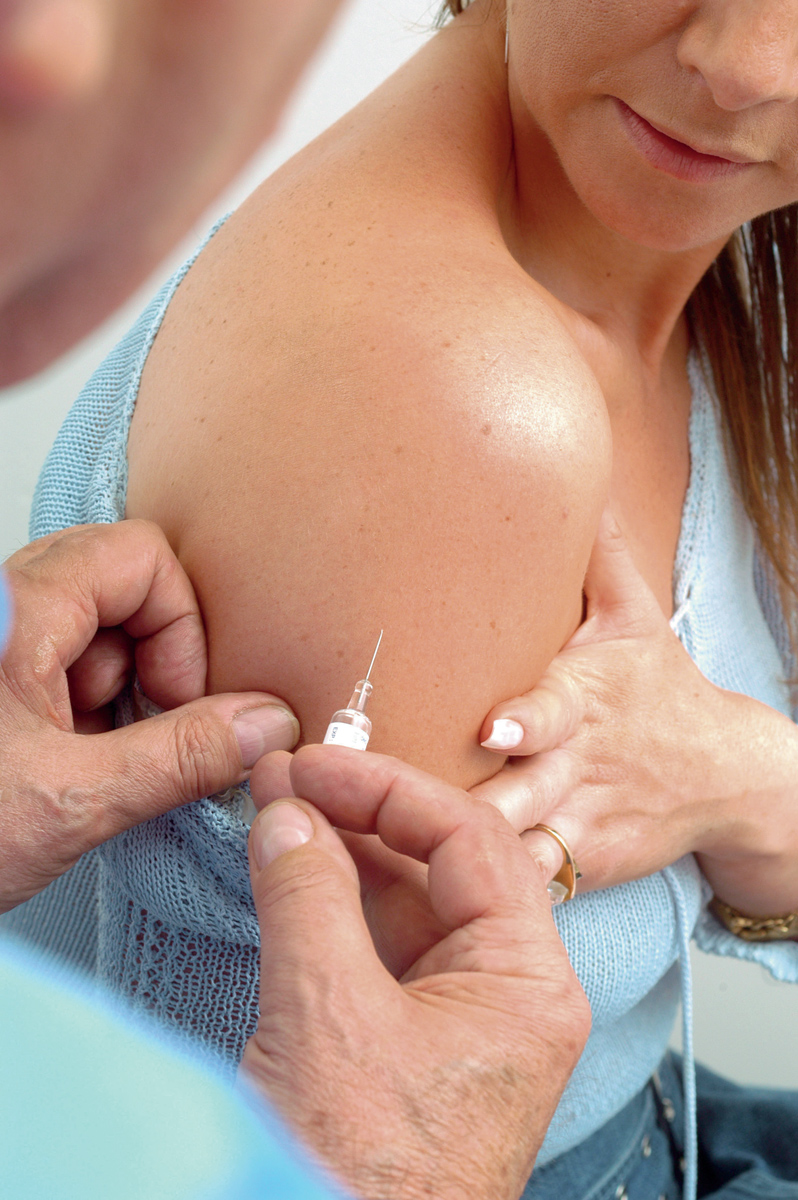 The causative agent is a virus. The source of infection is a sick person, the transmission route is through the air with sputum.

Alas! During the first 7–9 days from the moment of infection, the virus will get to the baby and very seriously disturb its development, especially in the first 4 weeks of pregnancy.

To prevent this from happening, those girls who have been spared rubella should be vaccinated; This can be done before planning a pregnancy.

In future mothers this is not possible. If a case has pushed a woman with a rubella in the 1st trimester of pregnancy, a blood test should be taken soon to determine if she has antibodies to the virus. Their presence, most likely, indicates that the expectant mother has immunity and she will not get sick.

The absence of antibodies does not exclude their appearance later. Therefore, the analysis should be passed again – in a month.

If it turns out that antibodies have appeared or they have become 4 times larger, the expectant mother will be diagnosed with rubella. A proposal to terminate a pregnancy in such a situation is usually made to women who have contracted rubella in the first 12 weeks of pregnancy.

From this time on, the risk of birth defects in babies will be less and less. 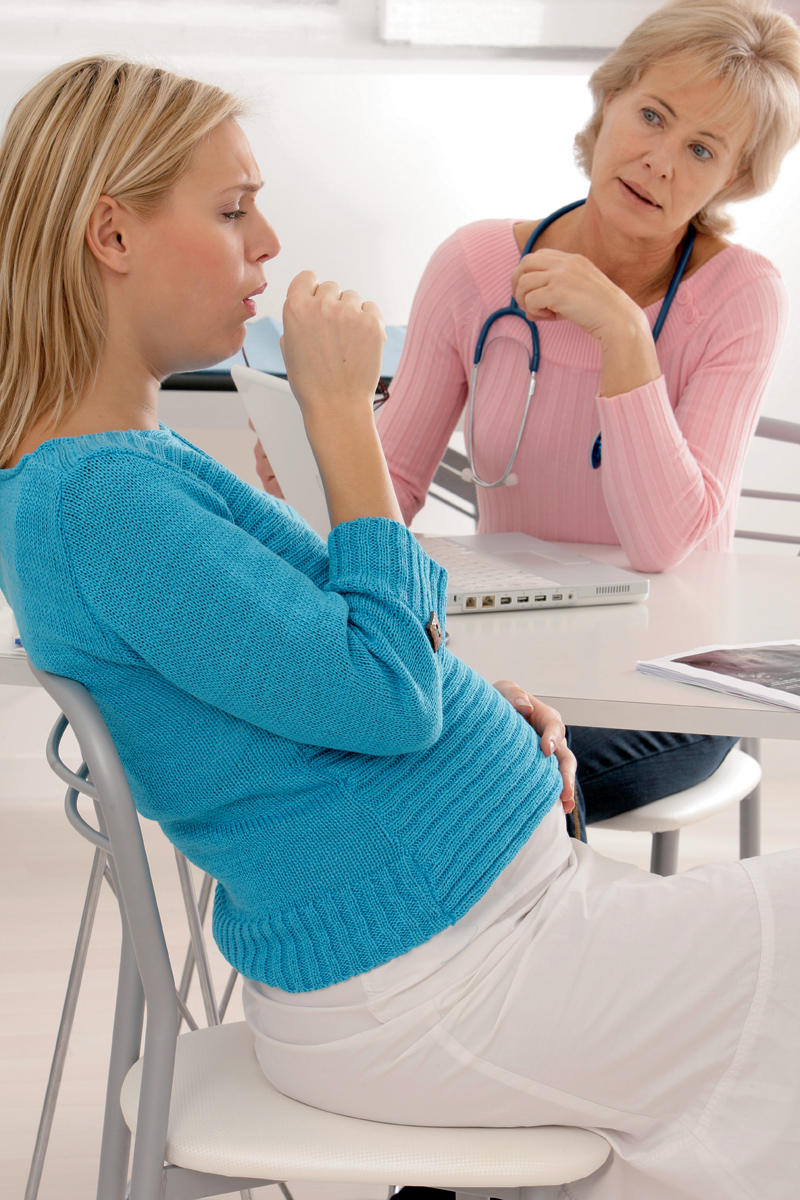 The causative agent is a virus. The source of infection is a sick person, the transmission route is through the air with sputum.

The latent period of the illness lasts 11 days, then the expectant mother has signs of indisposition, and in 2–3 days – a rash.

The baby can become infected with chickenpox from the mother, and in the first 20-26 weeks of pregnancy, the virus sometimes causes problems in its development. Fortunately, they rarely occur and are determined during an ultrasound scan, it is made at the 22–23rd week of pregnancy.

But future mothers, ill, sometimes, face unpleasant complications, such as pneumonia. If a woman caught chickenpox a few days before giving birth, doctors can try to delay their onset by 3-4 days so that the mother’s antibodies, the level of which increases by about 5-6 days from the onset of the disease, get to the baby and protect it from the disease.

With the same purpose, immediately after the birth of a child, a specific immunoglobulin VZIG is administered.

During pregnancy, chickenpox is not treated. Only in difficult cases and starting from the 2nd trimester, the doctor may prescribe a drug to the expectant mother – acyclovir.

Until that time, you can only try to protect a woman who had contact with the patient with VZIG immunoglobulin. In order to diagnose the future mother with “chickenpox”, 2–5 days after the appearance of the rash, she will need to undergo a blood test to determine if she has antibodies to the infection.

The causative agent is a bacterium. The source of infection is a sick person, the transmission path is through the air and through objects.

Adults rarely suffer from scarlet fever: the very first meeting with a microbe provides us with lifelong immunity.

The beginning of scarlet fever is marked by a temperature jump, then the expectant mother’s head starts to ache, nausea appears, it becomes painful to swallow. By the end of the first – the beginning of the second day – a rash appears – small, often itchy in the groin, under the armpits, on the folds of the arms, abdomen and chest.

To the touch, it usually resembles sandpaper. After 3-5 days, the skin turns pale and begins to peel off, especially on the palms.

The scarlet fever baby will not get infected: the placenta will delay the bacteria. But the expectant mother to hurt to anything.

The future mother is likely to be hospitalized to avoid or cure the complications that scarlet fever is fraught with in adults. You can make a diagnosis according to the results of a blood test.

2019-09-30
admin
Предыдущий Midges, flies, mosquitoes: how to get rid of them flat
Следующий Home kindergarten: the pros and cons