Не пропусти
Главная 7 Child development 7 On the way out: how is your baby born

On the way out: how is your baby born 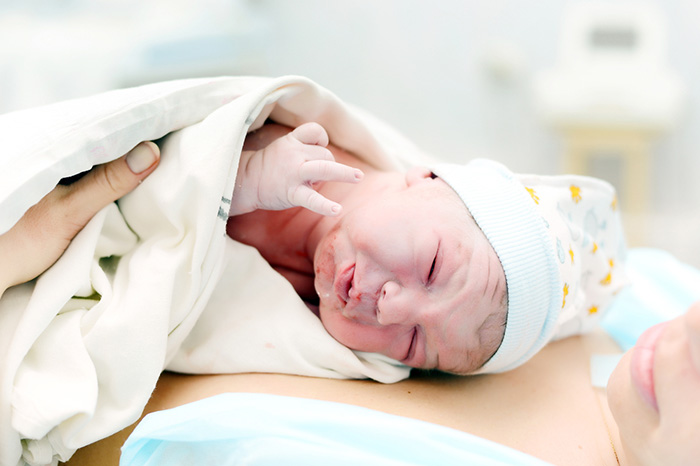 When to be born – the baby decides for himself. It is his endocrine system that triggers the birth mechanism, stimulating the mother’s production of the main hormone of the genera, oxytocin.

Normally, this happens when all the systems and organs of the child are fully prepared for independent living – usually at the 38–40th week of pregnancy. In order for a baby to be born smoothly, the process must be gradual, and therefore preparation for it begins in advance, approximately 2 weeks before the final day. Under the influence of the child’s hormones, in particular, produced by the adrenal cortex, mother’s body produces more and more oxytocin, which causes contractions of the uterus muscles, estrogen (they increase the uterine tone) and relaxin (it softens the muscles and ligaments).

At the 38th week, the baby’s head shifts closer to the exit of the uterus, and the expectant mother notices that the belly has dropped a little. The uterus is increasingly shrinking – but so far these irregular preparatory contractions do not cause discomfort to either the child or mother, and usually pass for them unnoticed. 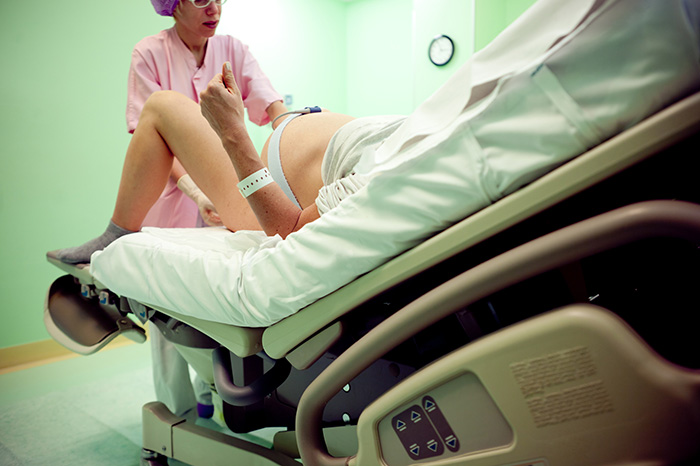 Birth – stress and hard work for the little man. The walls of his home, where the baby spent 9 months, suddenly begin to put pressure on his inhabitant, he irresistibly pulls down somewhere, where he has to squeeze through a narrow winding labyrinth, and in the process of childbirth the supply of oxygen and food cease.

Like an adult, in moments of physical and mental stress, the child’s level of stress hormones of catecholamines (adrenaline, norepinephrine and dopamine) rises sharply during childbirth. Fortunately, the wise nature has provided a number of protective measures to facilitate the baby’s birth process.

So, along with catecholamines in the child’s body, endorphins and enkephalins are being intensively produced – substances that create an anesthetic effect and help the body mobilize forces.

During the first stage of labor, when the cervix is ​​opened under the action of contractions, the baby is busy gradually lowering with pushes from the uterus to the entrance to the pelvis. Moving headfirst and pushing it like a ram, the child overcomes a distance of only a few centimeters, but this way takes as much as 6-12 hours.

Such slowness is very important, because if the process is too fast, it threatens the child with birth trauma.

With each contraction, the crumb feels the pressure of the muscles of the uterus and abdominals. But, due to the fact that the child is surrounded by amniotic fluid, this pressure is softened. When the uterus contracts, the placenta contracts, and the blood flow to the baby during the contraction (and at the height of the birth it lasts up to 1 minute) stops.

To compensate for the lack of oxygen, the baby’s heart begins to beat more often – up to 180 beats per minute instead of 140 at a rest. At the time of tension of the uterus, the baby freezes, then to make the next “step” forward. 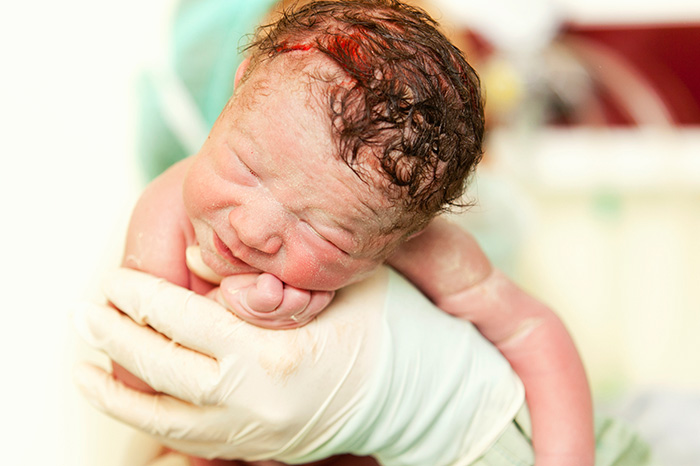 The immediate exit of the baby in the big world occurs in the period of attempts, which occurs after the cervix fully opens. This stage of labor is considered the most time-consuming for both the child and mother. The woman is actively straining, straining the abdominal muscles, and the head of the baby, under the influence of contractions, passes through the small pelvis and enters the genital gap.

When a child moves along the narrow space of the small pelvis, the bones of his skull find each other, adapting to the winding route. “Consolidated” and the body of the baby, especially the chest. On the vertex and occiput, edema of subcutaneous fat is formed – a generic tumor that protects the baby’s brain from pressure. At the most common development of events, the back of the baby’s head is shown first, then the crown, forehead and face facing down towards the floor.

After the birth of the entire head, the baby turns 90 °, facing the mother’s hip, and the hanger — lower and upper — come out in turn. Now we can assume that the main work has already been done: after the birth of the head (the largest part of the child’s body) and the shoulders, the torso and legs go out without problems.

Cardiotography helps doctors to judge how crumbs feel during childbirth. It allows you to estimate the baby’s heart rate, as well as the tone of his mother’s uterus.

The rhythm of the heartbeat of the child during childbirth now and then changes. But doctors, knowing what changes should occur in the norm, can immediately respond if violations occur.

For example, in the period of attempts, the pulse becomes less frequent when the baby’s head passes through the narrowest part of the mother’s small pelvis. Movement in this area normally takes only a few minutes, but if the baby lingers and the heartbeat remains slow for too long, it means that the child needs urgent help: a cesarean section or the imposition of obstetric tools. 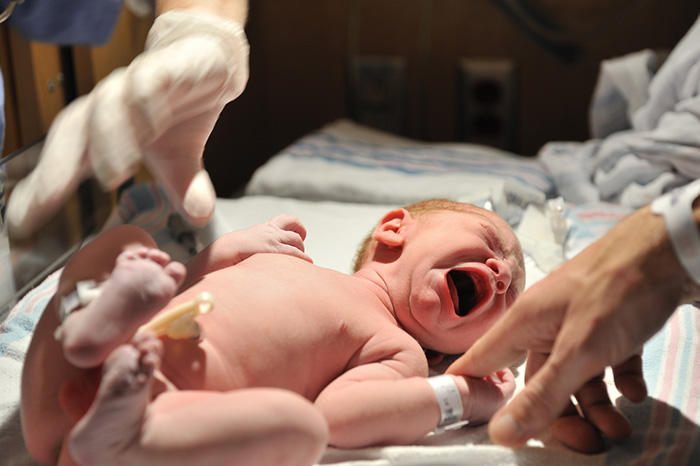 The baby meets his birth with a loud cry – such is the reflex reaction to the change of surrounding conditions (temperature, lighting, etc.) and the first supply of oxygen to the lungs. Due to this, they are straightened out, and fetal fluid comes out of them, filling them before birth.

The deeper the first breath, the more the newborn cries. It is no coincidence that the loud cry of an infant is considered one of the important indicators of its health.

If there is no cry or it is barely audible, it means that the baby has breathing problems and needs emergency help. A healthy newborn breathes often, actively moves its arms and legs, its heart beats quickly (more than 100 beats per minute).

He shouts in indignation if, for testing reflexes, his heels are tickled by his heels; sneezes and coughs when cleaning the nose and mouth.

As soon as the crumb is born, it is immediately placed on the mother’s chest and a few drops of colostrum are dropped into the mouth. It is great if there is a dad next to the newborn at this moment. The proximity of parents (of course, above all mothers) in the first minutes of life is very important, because on the subconscious level, the whole environment of birth is laid in the child’s memory.

The atmosphere, emotions, sensations with which a little man crosses the threshold of a new world can affect his psychological health in the future. It is no coincidence that psychologists and biologists consider imprinting – the perception of the first life impressions (tactile, auditory, visual, etc.) as the principle for proper development.

It is thanks to these first minutes that the newborn baby remembers the mother and from now on unmistakably recognizes her, immediately subsiding as soon as she takes him in her arms.