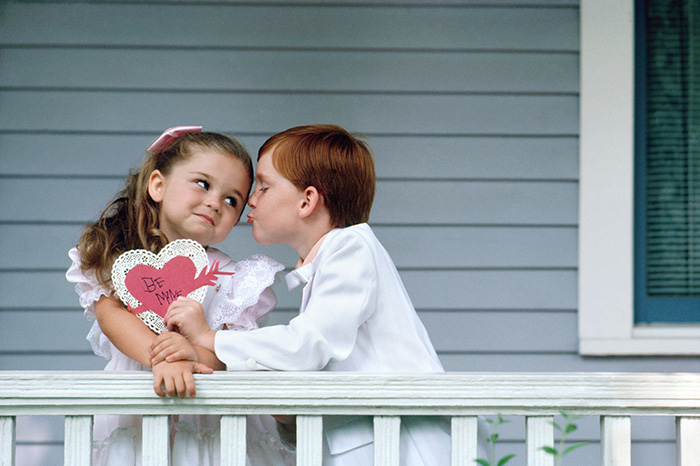 Nothing special. This is a completely natural behavior not only for today’s children – both girls and boys, but also for their peers at all times. Recall, for example, the Soviet film “I ask you to blame Klava K. for my death.”

There the boy “disappeared” for many years (if not for the rest of his life), having seen his beloved for the first time in kindergarten, at the age of 3 years. Since the laws of individual development are primary for such behavior, and not at all times and countries, such stories can be heard from both European and African parents.

So it was a century ago, and if the world of virtual communication does not absorb us, it will continue in another 100 years.

Parents of young lovers are the most troubling in these relations, sometimes with serious kisses and hugs of couples. Why do they do it? So the child wants to express his sympathy, which he does in the only way with which he is familiar.

Expressing their love, parents kiss and embrace the child, and just as little kids try to express their feelings to each other. The child may copy this behavior, since he simply does not yet know other strategies.

Having got acquainted with time and with other possibilities of manifestation of attention to the object of his feelings, he will cease to do this. In parallel, the baby will master the rules of behavior in society, which in our culture dictate to us a great distance.

In the meantime, he is still just a stranger with all these ethical norms. 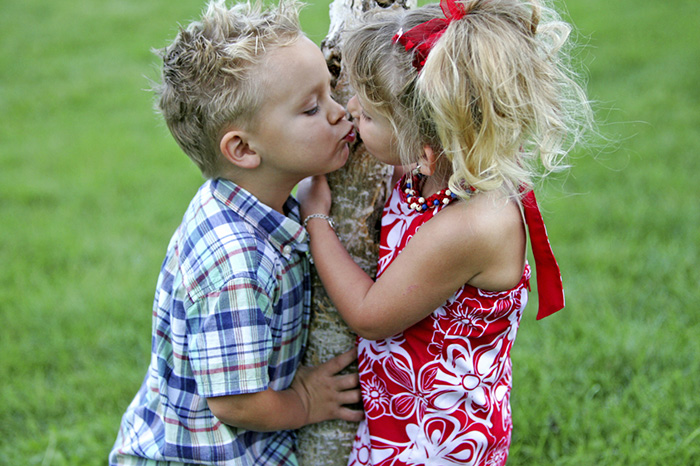 Of course, there is no question about any chemistry at such a tender kindergarten age, because no “such” hormones are yet produced by girls and boys of preschool age. Meanwhile, the “beloved” from kindergarten appear in the stories of girls and boys already from 2.5-3 years old.

And all because the age period has come, when the baby has already figured out that people are divided into two sexes and begins to master their own gender role. In girls, this development is manifested in imitation of the mother, in the corresponding role-playing games, in determining their place in them, and in building relationships with the boys.

In childhood, the life of a child is literally saturated with fairy tales, and most of them are built on romantic plots, in which princesses and knights operate. And who of the girls does not want to become a princess?

And the real princess, in addition to beauty and the crown, needs a knight. And girls, who are dreamy by nature, by all means strive to make the fairy tale a reality. At the earliest age, the very first object for love is, of course, dad – the ideal man in all respects.

But a little later, the pope may have a serious competitor – kindergarten, the same age as the princess herself. 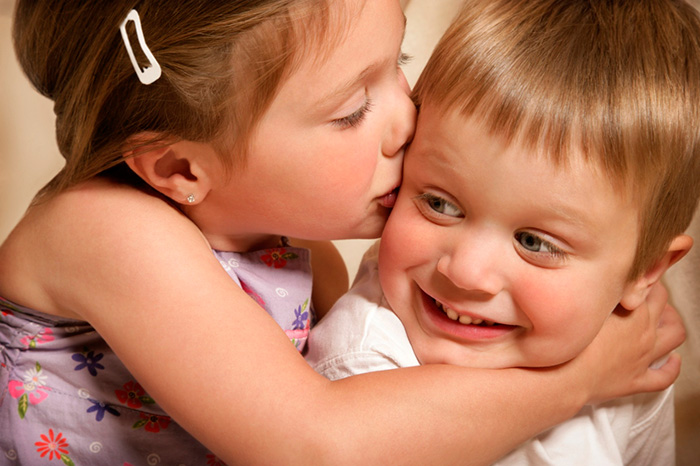 Alas, unrequited love happens not only in adults, but also in children. If a girl or boy complains to his mother that a peer (peer) is “already tired” with his love, you need to explain to the child what is causing this behavior and teach them to react tactfully to the situation.

In children’s language, it sounds like this: “I am good, you are good, but I do not like your behavior, please behave with me like that.” For example, if a girl does not accept gifts from her peer, and he suffers, the boy’s parents should literally say the following: “Your gift is good and the girl is good, but you don’t need to insist if she does not want to take it, as she has reasons for of this. ” And to clarify this with an example: “That’s when I offer you something, but you don’t want to, because you refuse?

And if I insist, you will surely get angry. This girl feels the same way. ” And the girl’s parents can ask why she does not want to accept the gift.

Perhaps she would like to accept him, but she was afraid that Mom and Dad would not approve. You shouldn’t insist that she accept him and cause guilt in her that “a boy might be offended”.

The girl did as she saw fit. And if this was a purely her decision, then there is nothing more to add to this.

One can only speculate with her about this decision. 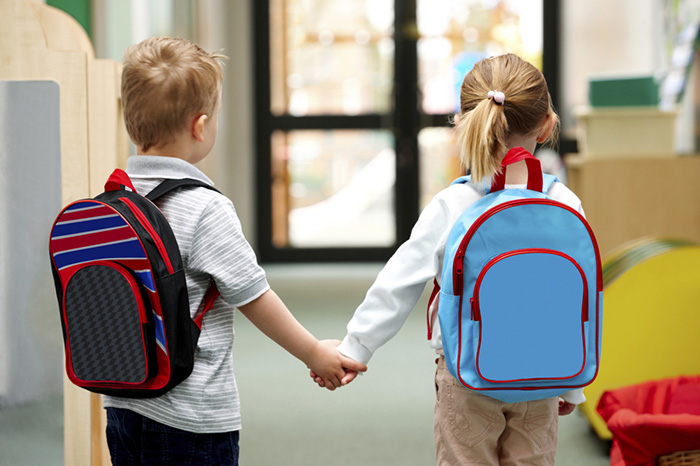 Do not scare, do not laugh, take seriously, so as not to hurt feelings – the most real! – children. This is a guarantee that in the future they would talk about their problems without concealment and fear of being misunderstood and offended, being sure that parents can be trusted.

You can tell the baby that this happened to you too, you were also in love with a girl or a boy. And it is necessary to finish the story necessarily on a positive note so that the child does not lose faith in his abilities and does not perceive love as something sad.

Do not force apart couples, so as not to injure the psyche of children. Let them, if they want, sit at the same table and hold hands for a walk.

If children talk about their desire to marry, say that it can be done only after 18 years, and you do not mind, even approve of the choice. Do not worry, until the age of majority to wait a long time and a lot will change.

And most importantly, if you find out that your child has a kindergarten romance planned (or, on the contrary, his tragic finale happened), you should not make this fact public — tell a friend, call your grandmother, etc. After all, this is a small one, but private history and the right to spread it is owned only by its participants.

Communication is not an easy science. Each crumb has its own temperament and its own nature. One is powerful, the other is emotional, the third is vulnerable, and the fourth is timid.

But learning to communicate can only be communicating. It will be much easier to help a child overcome these difficulties while he is still small and is just beginning to build relationships with other children than to correct mistakes later. Read on

Each of us wants the world to treat our child only with love and sympathy and never offend him. That’s just from the little friends of the baby can not be expected. Frequent conflicts between children for at least four years are inevitable.

Usually sympathy in such situations gets offended by the side – everyone rushes to the upset crumbs for help, decrying the offender. But the bully in this conflict needs no less attention. Read on.