Не пропусти
Главная 7 Child development 7 Know the “enemy” in the face: poisonous plants near us

Know the “enemy” in the face: poisonous plants near us

Our children are especially vulnerable when meeting with poisonous plants. How to resist in the form of flowers or berries inexperienced kid?

Therefore, walking with a child in a park or outside the city, teach him not to pull plucked flowers and leaves in his mouth – this can lead to serious poisoning. And some plants should not even touch. And with older children you can study these pictures together: 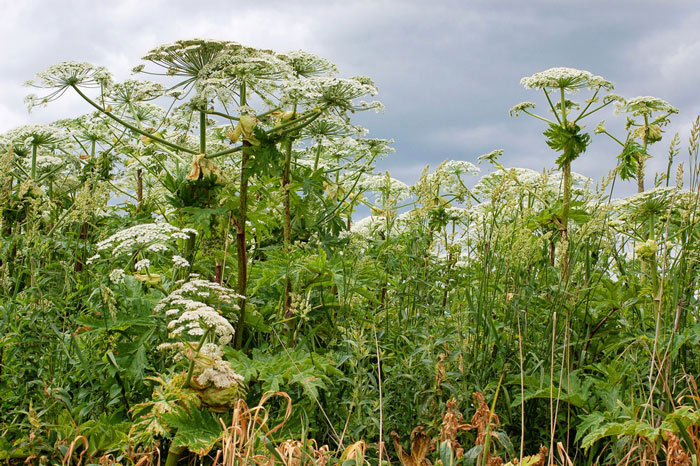 Umbrella plant, in appearance similar to sprouted dill. Once it was actively planted in central Russia as fodder grass, and therefore it is common everywhere. Hogweed stings like nettle, but does not fully manifest itself immediately.

The essential oils contained in the plant cause a serious chemical burn when interacting with ultraviolet radiation, when the sun’s rays hit the burned area of ​​the skin. If the child touches the hog covering, immediately wash these areas with cool water and soap. Wipe with a cotton swab dipped in a weak solution of potassium permanganate, lubricate with a wound-healing cream.

And be sure to protect the affected skin from the sun for at least two days. 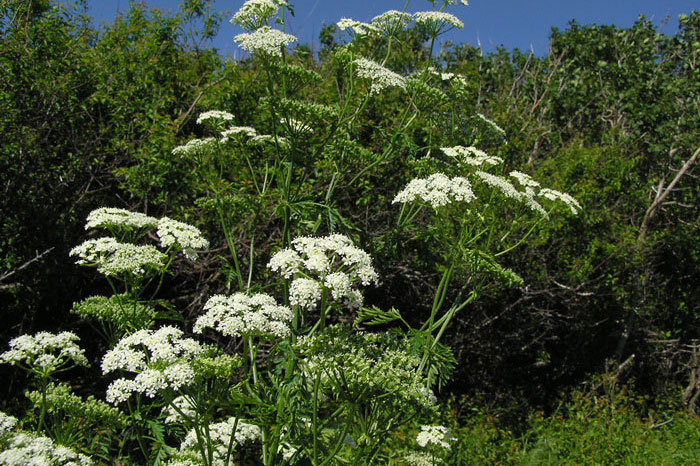 A plant with a high stem and small white flowers gathered in an umbrella. Hemlock can be seen on the wastelands, roadsides, and as a weed it can be caught in the dachas. The hemlock leaves look like parsley with reddish specks, and the child may well take him for this fragrant weed.

Externally harmless, this plant is extremely dangerous: all its parts are poisonous. Hemlock poisoning can manifest in a child with nausea, vomiting, dizziness, chills, visual impairment.

However, in small doses, hemlock has long been used in medicine in the form of tinctures and ointments; Now official medicine drugs from hemlock are prohibited. 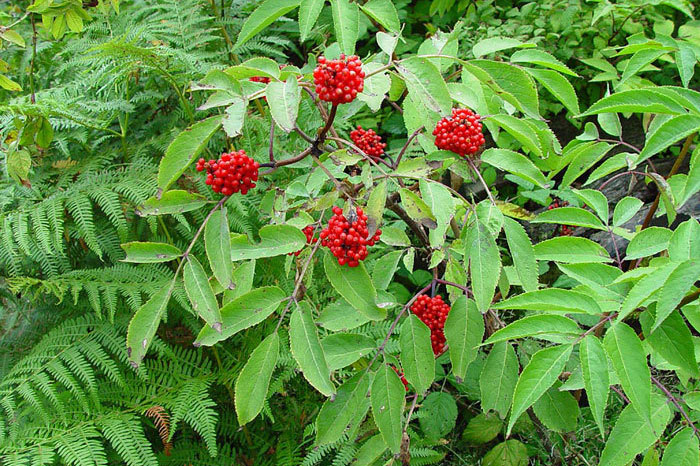 Small trees with bright red berries can be seen in the woods near Moscow, along the roadsides, and sometimes in parks and on summer cottages as an ornamental plant. Glossy clusters on the background of dark green leaves really look very nice, and the berries literally ask in your mouth.

But you should not taste them: derivatives of hydrocyanic acid in their composition can lead to poisoning with vomiting, diarrhea, and abdominal pain. Fortunately, these fruits are not considered deadly; moreover, after drying or heat treatment, the harmful substances in them are destroyed.

That is why red elderberry is included in some recipes of traditional medicine, and its cousin, elderberry black, is widely used in herbal medicine and cooking. 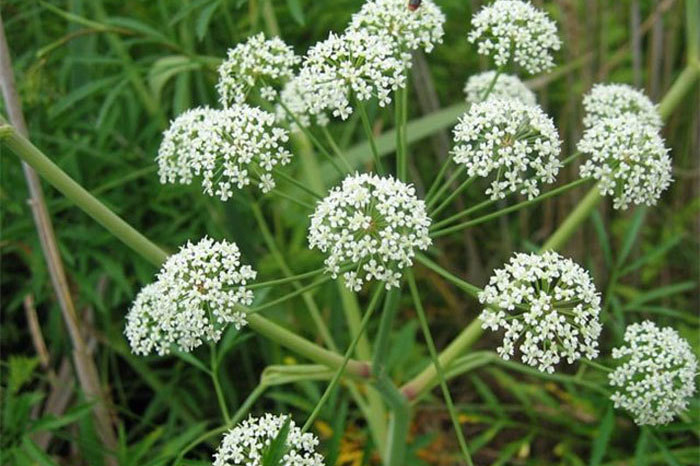 This herb with narrow leaves and white umbrellas inflorescences can be found along the banks of rivers, ponds and ditches – landmarks love moisture. Its leaves smell like celery, and the rhizomes resemble edible roots like rutabagas and radishes.

Meanwhile, the milestone is among the most poisonous plants. This is the same cycuta, which, according to legend, Socrates was poisoned. Only 50 g of its rhizome is enough to kill a 50-kilogram animal, such as a sheep.

Within a few minutes after ingestion of cycutotoxin contained in this plant, nausea, vomiting, dizziness, convulsions may appear. To neutralize the effect of poison, immediate gastric lavage with a special antidote is required.

Another name for the poisonous milestone is the water hemlock. 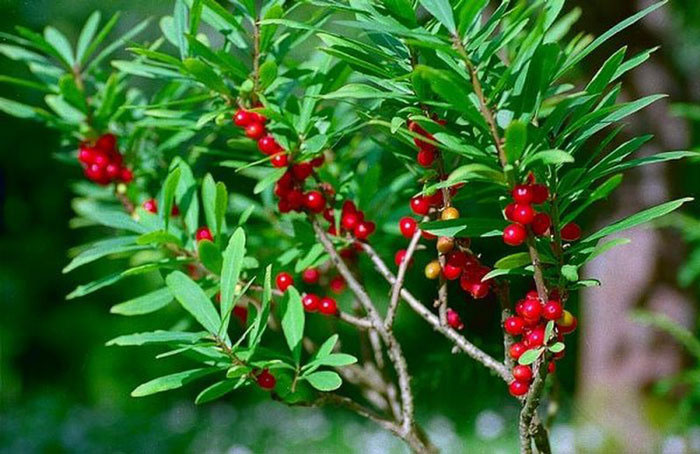 Thin bushes with rare red berries adorn forest-park zones in the Moscow region, and everywhere in Central Russia. They look very appetizing in appearance, although they can lead to severe poisoning with a burning sensation in the mouth and esophagus, vomiting, dizziness, cramps. And not only the berries are dangerous: the juice from the stem of the daphne, hitting the skin, can cause inflammation.

And breathing in the scent of bark or stems, it is easy to get irritation of the respiratory tract with sore throat, cough and runny nose. So if the baby managed to rip off this plant, for a start, wash his hands with soap and water as soon as possible. 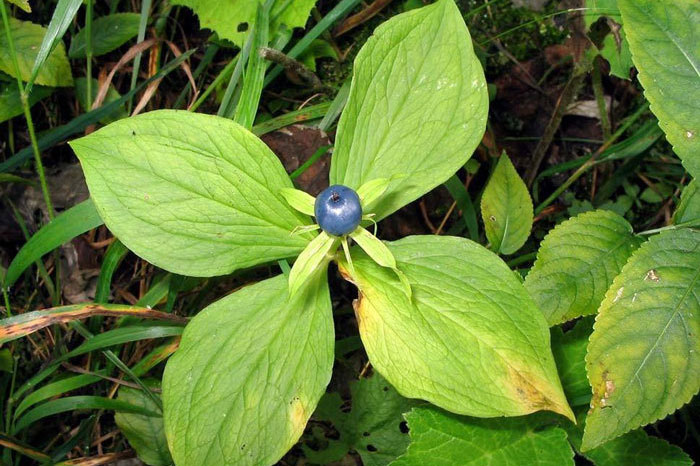 Wet forest – a favorite habitat of this plant. It is easy to recognize: a shiny black berry flaunts surrounded by four large leaves. A complex mixture of components dangerous to humans is present both in the fruit and in the leaves and rhizomes of the crow’s eye.

Berries, ripening in mid-July – early August, can lead to damage to the central nervous system and heart. Despite the fact that the medical use of this plant is prohibited, infusions of its berries and leaves are sometimes used by traditional healers. 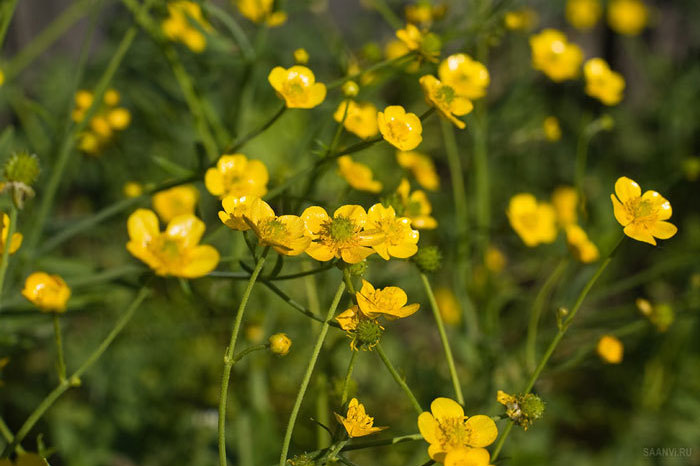 Small yellow flowers, popularly known as night blindness, adorn the glades in the parks and summer cottages. A freshly grown plant is poisonous to humans and animals: even a bunch of such flowers can cause skin inflammation. But in the dried form, its constituent hazardous substances (for example, protoanemonin, irritating mucous membranes and skin), lose their power.

And because dry herb buttercup caustic is sometimes used in traditional medicine and homeopathy. 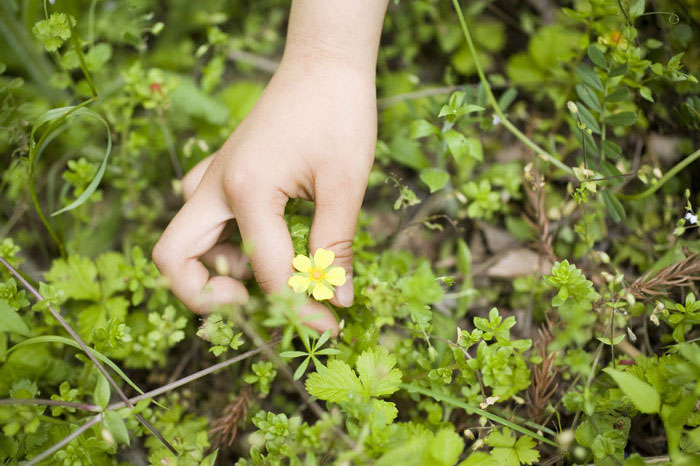 Be sure to call an ambulance – the symptoms of poisoning may not appear immediately. Save the plant with which the child “regaled”.

Poisonous substances require specific antidotes, and therefore, in order not to worsen the situation, do not give any medication. Doctors will do a gastric lavage through a tube and, possibly, are hospitalized.

Wash the baby with water (as much as possible) before they arrive and try to induce vomiting. To do this, lay him on his side or sit down, with his head down below chest level, so that he does not choke on vomit. If vomiting is not present, give activated charcoal or any other enterosorbent.

In case of skin burns, sap the plants with water for 5–10 minutes and apply a healing ointment (for example, on the basis of panthenol), and give the child an antihistamine to prevent an allergic reaction.