How your baby perceives information

The fact that each of us has a leading sensory system (audio, visual or kinesthetic), today almost everyone knows. In this case, we do not always correlate this with the presentation of educational material.

And in vain! The lesson served in the “alien” system is doubly complicated, because the material does not cling, does not inspire. At the same time, the “own” system is also not turned off, which means that the child is constantly distracted by brighter signals.

It is also difficult for an adult: after explaining “into emptiness,” he begins to get annoyed, angry. Even if the teacher tries not to show it, the kid feels negative emotions and completely “closes”.

It is quite early to understand which of your child’s sensory systems is leading.

There are people flashing with sparks of interest, attention, surprise easily and quickly. And there are those in which such a light should be inflated for a long time and diligently. If your baby belongs to the first, then the emotional exclamation (“Wow!

Look how cool! Interesting, but if you do something like this, will it work out?

Let’s try it! ”) Will be enough to involve him in the research of the process you need. In this case, enough of your own sincerity and interest.

In the second variant, the child’s emotional outburst will at least be alerted, if not scared away. He needs a soft, calm presence of an adult who will do something enthusiastically over and over again, giving the child an opportunity to take an interest in the matter as soon as he is ready (a vivid example of the “work” of such a method is Waldorf pedagogy).

It is rather difficult to “include” such children in actions, but it is much easier to support them in them: having become interested in something, the child will return to work as soon as the opportunity arises. 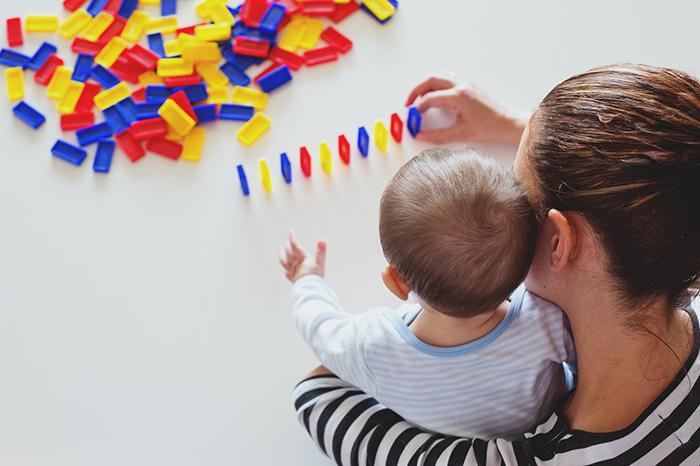 These two components develop with age. The younger the child, the less he has the volume of voluntary attention, but the more objective his thinking. Therefore, before you start thinking through the plans for your classes, look for information about the age norms of attention and abstractness.

Their non-observance leads to the fact that the child during the “lesson” will be distracted. New information in this case is not absorbed in any way, but only causes irritation and rejection.

To help the child keep attention and activity in the right direction, choose those subject areas that a priori arouse his interest. It doesn’t matter what to count (cars or kittens) and by what example you start to study the structure of the body (from a robot, owl or younger brother)! It is important that you, while watching the child, learn to feel his interest in the subject.

For further successful learning, perhaps the most important thing is to teach the child himself to understand how and when post-spontaneous attention is born in him (at first he did something because he needed it, and then he got carried away so that you wouldn’t drag him by the ears).

Interest in a subject is different for different people in that it is linear in some, and diversified in others. For example, the child began to read about dinosaurs, and nothing but dinosaurs, he was not interested for some time. Then there will be airplanes, followed by stones, then football players.

But in any case it will be narrow areas. For others, the interest diverges, like circles from a stone thrown into the water.

Having repulsed from one notion, a child walks through a multitude of topics, learning at the same time some facts from history, literature, music, etiquette, physics and chemistry, geography and biology, etc.

Adherents of the first path of the second seems too distracting. For fans of the second, on the contrary, the first one is very boring and monotonous.

Nevertheless, both have the right to exist.

Independence can relate to different things, from the choice of a topic or object of study (pencil) to trifles (the color or thickness of its slate). The task of the parents is to teach the child independence and at the same time – understanding when to seek help.

To do this, you need to be near it at those moments when you need it, and move aside when your presence is not required. Before you start a lesson, ask your child what he would like to do, what important he wants to know or explore today, what he can do with this, and what support is needed.

In some areas and actions, children are ready for greater independence, in others they need a hint or accompaniment. Of course, it is worth remembering that there are kids who need help to a much greater degree than others: their own strength is still small to cope with even small tasks without the help of a loving and experienced mentor.

But with parental support, they can easily soar in an atmosphere of independence.

It is important to keep in mind: this item does not apply to the time when the child is in a crisis of independence (for example, at the age of three). At such moments, he wants everything “himself”, because this is the time of the formation of self-identity.

There are children who, in need of support, advice or just attention, are happy to show their work at each intermediate stage. The other half will not open – it is important for them to do everything from beginning to end, and then demonstrate the result. Think which approach is closer to you?

If you do not coincide with the child, this will be one of the serious stumbling blocks not only in learning, but also simply in the relationship (in one case he will feel unnecessary and abandoned, in the other – constantly and tightly controlled).

2019-12-16
admin
Предыдущий Games with “non-toys”
Следующий Do I give the child in the nursery?