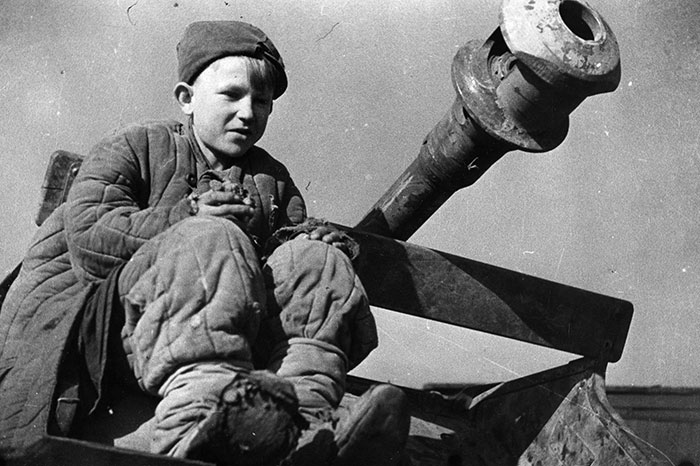 In the 20th century, children knew much more about war than they did to children of the 21st century, because the schools required the appropriate lessons, which were accompanied by real stories of veterans and participants in the war. Participants of events willingly came to schools, and it was possible to talk with them. There were also excursions to places of military glory.

The television regularly showed films about the war, and among the books, mandatory for reading, were “Hot Snow”, “Vasily Terkin” and many others. Every elementary school student knew the hero pioneers.

And there were moms and dads, grandparents – living witnesses and participants of the Great Patriotic War.

It cannot be said that the situation has drastically changed in the opposite direction. And yet today is another time and other values.

But our children should know as much as possible about the feat of their forefathers, in order to pass this information on to their children and grandchildren, otherwise it will be lost permanently and irrevocably.

You can begin to acquaint the child with the history of their country from the preschool age, only this must be done taking into account the children’s peculiarities of attention and perception. Such conversations need to be prepared in advance, carefully selecting words and emotional message according to the child’s age, so that he perceives the story with interest, and not as everyday information (“Well, it was and was”) or a frightening story, after which he could not sleep at night. “Arm yourself” with special literature, including those focused on children’s age.

Also, before or after such a conversation, you can watch a film about the war with a child that is understandable to him.

How to translate the idea into practice, we now will tell, answering the five most common children’s questions about the Great Patriotic War. 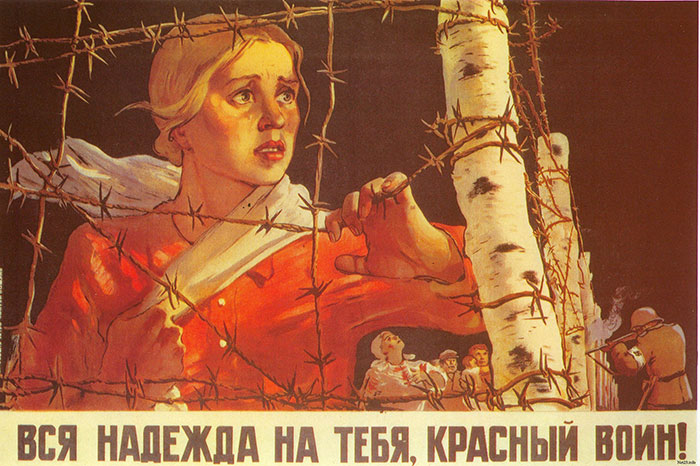 “Why was the war? Why do people fight at all? ”

In some countries there are rulers who called, and even today can call their people to war. Taking advantage of the plight of most people, they deceive people and instill in them the idea, for example, that war will solve their life problems: there will be a lot of land to build good houses, a lot of jobs, a lot of money, a lot of food, there will be no crime and tons .d

Or war will help eliminate the “enemies” who oppress and oppress, who have the “wrong” faith or way of life. Therefore, the main responsibility for the start of wars lies with the rulers – the heads of state. But the Second World War was special because the fascists — those with whom we fought — were led by a mentally unhealthy ruler, his name was Adolf Hitler.

He wanted to destroy all the people he considered inferior. And people were killed for their nationality, for the “wrong” name and even for the color of their eyes and hair!

But we must not forget that war always brings great misfortune for the people who unleashed it. In the Second World War, many millions of ordinary Germans, instead of well-being and freedom, found death and suffering.

Not a single war solved the problems for the solution of which it was unleashed.

“Why were we attacked?”

The fascists understood that as long as the Soviet Union existed (this is how our state was called before), there would be a major obstacle on their path to world domination, and they wanted to take over the whole world! Therefore, they treacherously attacked our country in order for our strong state to cease to exist in order to enslave and destroy our people, to seize our lands, cities and natural resources. 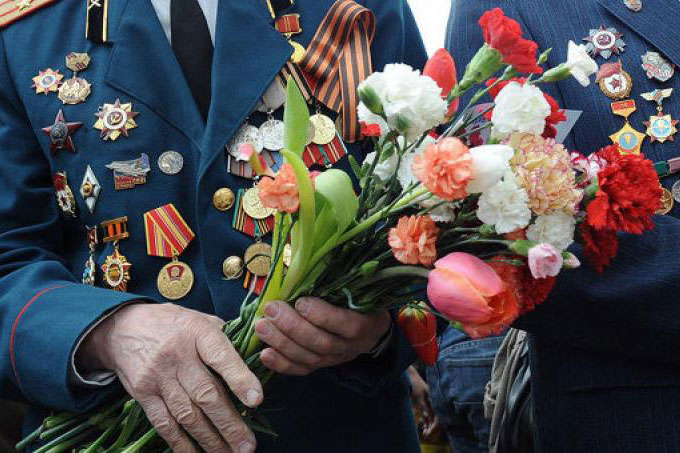 “In military photographs, many people are in medals and orders – what does this mean? And what are the stripes on the uniform of the soldiers? “

During the war many feats were accomplished. Our people, defending their homeland from the fascists, showed miracles of heroism.

People in medals are those who fought valiantly and bravely, who conscientiously fulfilled their military duty, not sparing their health and even their lives. The government of our country awards such people orders and medals. Veterans usually wear these orders and medals for holidays, for example, on February 23 or Victory Day on May 9.

In everyday life (or when there are so many awards), instead of the medals themselves and orders, veterans sometimes wear so-called medal trims: rectangular substrates covered with sash. Each award has a medal that corresponds to it.

Read more about this in special books.

“Now the Germans are bad too? They were fascists! ”

Here you need to explain to the child that the people who today live in Germany are not bad, because they are not fascists. They did not fight with our country, and they are not responsible for the mistakes of their rulers, fathers, grandfathers and great-grandfathers. The child needs to show the difference between the Germans and the Nazis.

The fact is that a fascist is not a nationality, but a cruel man, a sadist, who is willing to consciously destroy other people. Many Germans, as they could, resisted the fascists. In Germany, many good people died who wanted to stop Hitler and prevent him from unleashing a terrible world war.

Even if we talk about the fascist army, some of its soldiers went to the front not because they were bad and evil, but because in the event of refusal there was a real threat of the destruction of their loved ones and relatives. 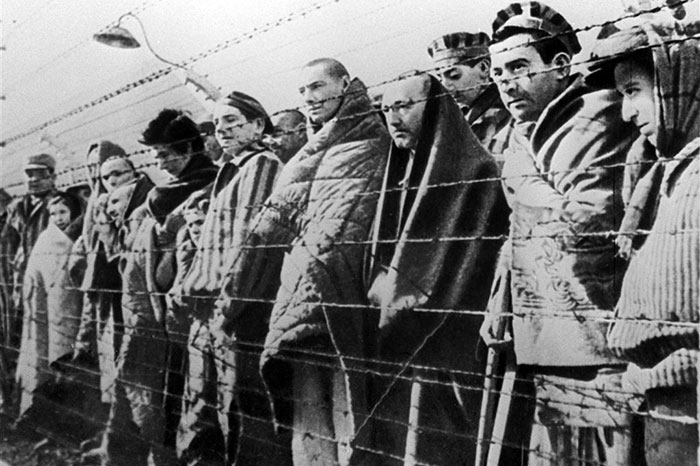 Theme camp is one of the most difficult and difficult for the child. How, without risk of inflicting psychological trauma on him, explaining why and why some people mocked other people?

For emotional and receptive children, such conversations should be generally postponed until adolescence. Speaking with the child on this topic, you need to find the right words in order not to overload him emotionally and not to intimidate him. We can restrict ourselves to the words that the concentration camp is a place in which during the war people died from being too hardly treated.

And this memory for us, the living, is important so that people never return to it and do everything possible so that peace and tranquility reign in our land. 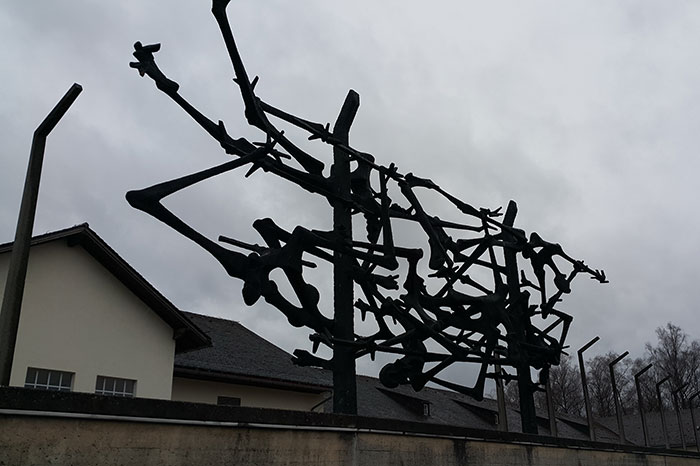 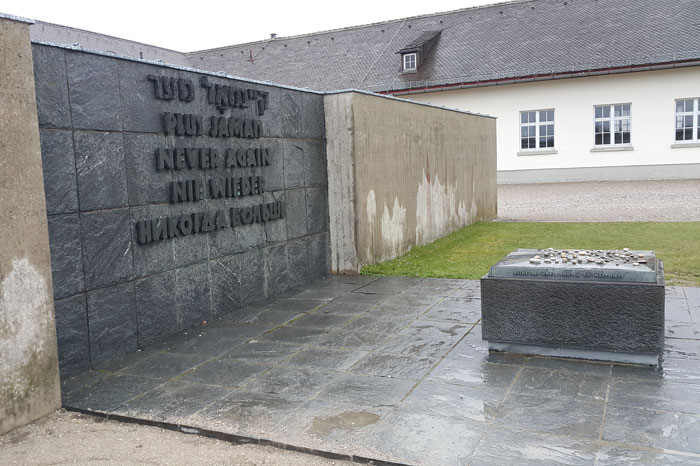 March 28-29, 2015 in the historic castle of Dachau (Germany) an event was held on the occasion of the 70th anniversary of the liberation of the Dachau concentration camp and the 110th anniversary of the birth of Victor Frankl (a psychologist-psychologist who passed the horrors of several camps and survived). The program included speeches by prominent people, psychologists, logotherapists from around the world, lectures and round tables, a concert.

Memorial events, wreath-laying and Kaddish prayer were held at the memorial complex on the territory of the concentration camp.

2020-01-15
admin
Предыдущий How to paint eggs for Easter: Instagram advises
Следующий How to recognize a vision problem in a baby?