Evgeny Shirikov: “Every child dreams of a family”

S. R. Eugene, you graduated from a theater institute at the rate of rock opera artists. In which genre of theatrical art do you like to perform most of all today?

Evgeny Shirikov I work in different genres, because in each genre, you can express yourself in a special way.

S. R. What are the roles in the cinema, in the theater you can call loved?

Evgeny Shirikov At the moment, in the theater this is the role of Mr. X. I love her very much.

In the character there is a peculiar, slightly cynical, humor and own drama. From the roles of the cinema – now comes a new project called “Can I Hug You?” For the TV channel “Russia”.

I play the role of an uneasy guy in him, with a complicated fate. I invest in shooting all my strength and soul.

S. R. Did you want to bring something of your own into the image of Mr. X, many times played by many artists, whose role you play in The Circus Princess?

Yevgeny Shirikov Artists always observe and evaluate other artists who have played the same roles as they. Georg Ots is a terrific vocalist and my benchmark – I strive to achieve his vocal level. Before us, with Maxim Zausalin, the role of Mr. IKS was performed by artists with a musical education, and we brought our professional dramatic colors into this image.

And our production of “The Princess of the Circus” differs from others precisely in that there is a lot of drama in it. Translation of the work was written for us by the wonderful author Alexey Ivaschenko. He supplemented it with a large number of interesting, funny and lively moments. 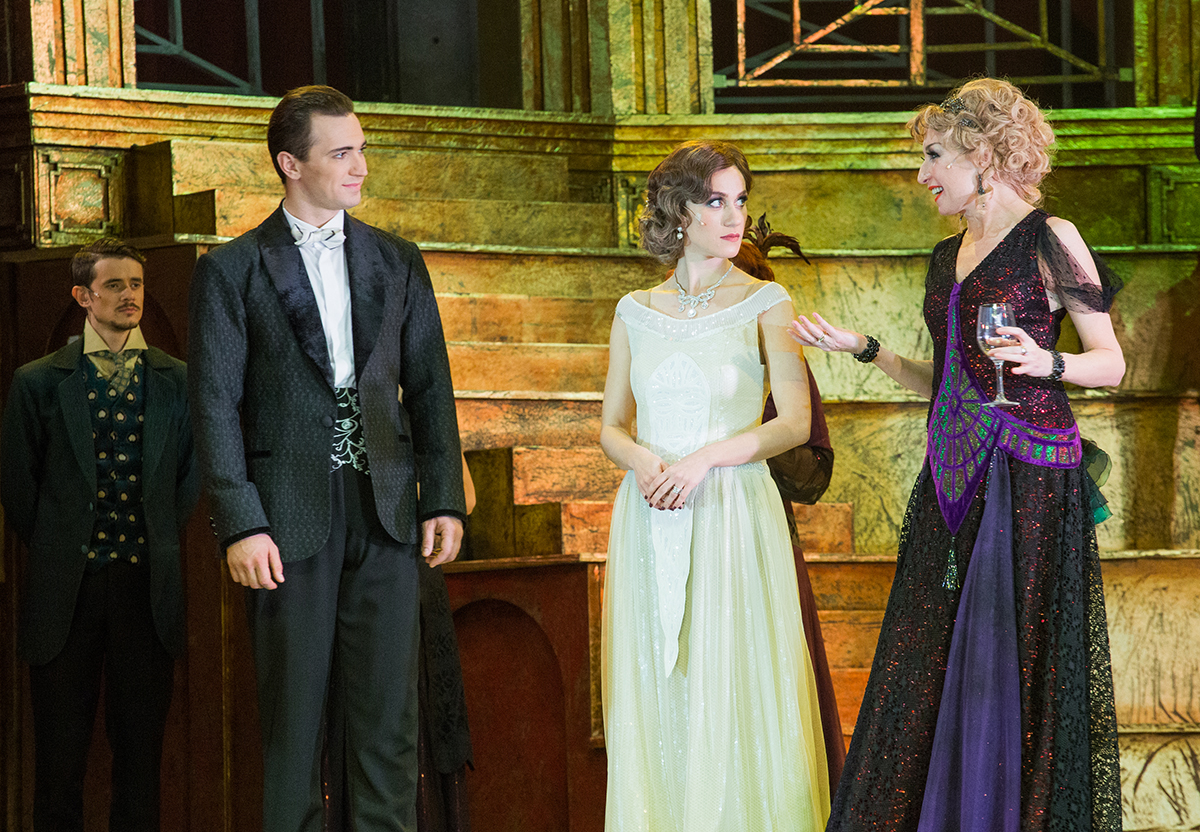 S. R. Did your family attend the premiere of Circus Princess? Tell a little about your family.

Yevgeny Shirikov Yes, my wife watched the premiere of the musical! And I thank her for her strong support. It’s important for me.

The children will grow up, I will definitely bring them to the play too. While they are too small. When I was rehearsing my parts, the kid who was four years old started crying, thinking that Dad was bad …

Gradually, I teach my children to different music, but I try to educate music lovers. I want them to know both Bach and The Beatles, and serious rock music.

S. R. Tell me why you are involved in charity projects? Especially those aimed at helping children from orphanages.

Yevgeny Shirikov I often participate in concerts in support of children from orphanages, because it happened that I myself was brought up in an orphanage. I teach acting and singing in children’s camps.

We are pleased to support the Northern Crown charitable foundation, and these are far from the only projects in which I gladly take part for the same reason.

S. R. What do you think, will there come a time when we won’t have orphanages at all? What to do for this?

Evgeny Shirikov Every child dreams of a family, I really know what I’m talking about. And I must live in a family! I am happy that my wife gave me two sons.

If this did not happen, I would certainly take the child from the orphanage. And I advise it to everyone. If you have an open soul, and you feel the strength to bring up and love a foster child as your own, you will do a matter of great importance throughout the country and the world.

It will become less orphanages, less lonely kids. The younger generation will be healthier, happier – after all, they are our future.

It is very important!