How to keep a cockerel fish in an aquarium 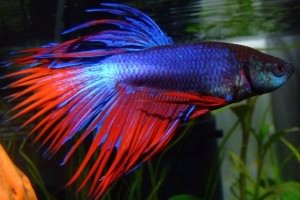 Cockerels are unusual, incredibly bright and exotic fish. Aquarists love them not only for their beautiful appearance, but also for their fighting character. However, in order for these fish to please their owners for a long time, they need special care.

This article contains information regarding the characteristics of the content and breeding of males in an aquarium.

The cockerel fishes are considered unpretentious and easy to care for; however, some conditions should be met. 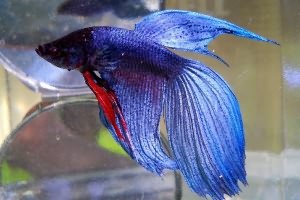 Males can be kept in small (10-15 liters), and in large aquariums. On one individual requires 3-4 liters of water.

If the aquarium is large, then it can be divided into several parts by partitions. In this case, several males can be kept in one tank at the same time without damage to their health.

Partitions are made of transparent non-toxic material with small holes for water circulation. Next to them, it is better to plant high plants in order to block fish from viewing and reduce undesirable meetings.

The males are able to jump quite high out of the water, so the top of the aquarium is equipped with a net or cover with holes for the passage of air

Cockerel content is available at home, it is possible even in a 3-liter jar. For two individuals and more will need more capacity. Like all fish, cramped – only to the detriment.

Fish will be very comfortable in a rectangular and spacious aquarium. It is not recommended to keep more than one male in the aquarium (except for the black cockerel species).

Between them there are often disputes that already speak – even between the female cockerels there were fights. The result – bodily injuries, dangling fins.

If you have nowhere to settle two males – choose a large aquarium of 50-100 liters or more. You can put a partition in it, so the territory will be divided.

Also, the fish have bursts of aggression, when there is a change of water or a female appears. 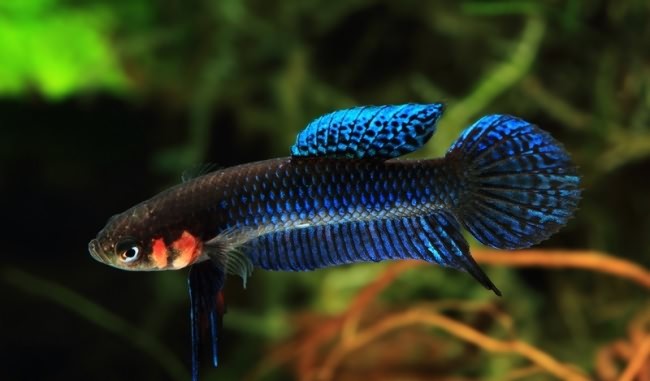 They are not easy to maintain with other types of fish – some are not averse to tear off the beautiful and long fins. The males themselves can attack peaceful fish with veil fins. Good aquarium neighbors – danios, speckled catfish, cardinals.

Compatibility with barbs is controversial, it is possible if you find a fish with D-shaped, short fins. The males quickly get used to the neighbors, and the eviction of one of them can lead to stress.

The Betta splendens fish is a tropical species, so it is recommended to settle in aquariums with infused and warm water: water temperature 24-27 ° C, ph 6.0-8.0, hardness 5-35 dGH. Once a week it is necessary to replace 25% of water with fresh. 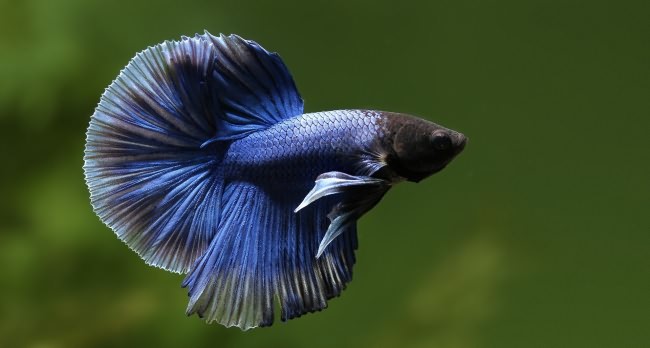 They can be kept in a nano aquarium, in glass containers. But think carefully, will it be convenient for a small fish in a crush? Indeed, in a limited space there is no possibility to plant the plants, install snags, decorations, shelters.

To provide the fish with proper care, you need swimming space, safety and cleanliness. So you can put a filter in the aquarium so that your pet does not get sick. Lighting is necessary, in the tank you can put an LB lamp of 0.4 W per 1 liter.

At night, the light is required to turn off.

The question of the volume of the aquarium for these fighting fish is a separate topic.

Alas, almost all pet stores sell these luxury fish in 250ml. glasses, while sellers tell people that these are “unique fish”, they say they do not need oxygen, filtration, that they feel great even in a glass.

Do not believe the sellers of pet stores, their task is to sell the goods, and what will happen next with the fish, with you and the tears of the child who saw the cockerel floated up with a belly up – DOESN’T INTEREST THEM. And yet, you would know how many cockerels do not live out of pet stores until the time of purchase.

You would sincerely feel sorry for these innocent fish. 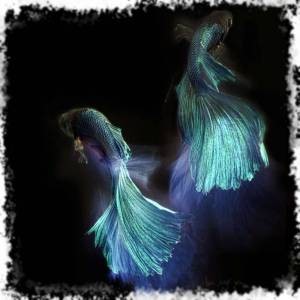 Yes, of course, cockerels are hardy fish, in natural habitat they live in muddy, silted, oxygen-free rice fields. But this does not mean that they can be kept in a small glass with water. Firstly, because the conditions of keeping of any animal should be as close as possible to the natural living conditions.

Monkeys must jump in trees, birds fly, and fish swim. When the cockerel fish just hangs in a glass, dropping the fins – this is actually a sad sight. Secondly, in the cup, vase and other small vessels there is no biobalance at all.

In the rice field, for example, various biochemical processes take place that purify water from various poisons (ammonia, nitrites and nitrates), these processes are absent in a glass with water, the poisons accumulate, the immunity of the fish weakens and it dies. Biological equilibrium in artificial conditions can be achieved only in spacious aquariums, and the more, the better.

So, the minimum amount of aquarium (decorative vase, etc.) for cockerels should be 3 liters. To call such a vessel an aquarium is difficult in all senses, and therefore, if we talk about creating a full-fledged aquarium, the minimum volume for one individual should be 5-10 liters.

In such an aquarium, you can put a mini-filter, such an aquarium can be beautifully — naturally, you can plant aquarium plants, adjust the biobalance, and taking care of such a reservoir is much easier than washing the “pot” weekly, while delivering great stress to the fish. A good volume for a pair of Bette is considered an aquarium from 20-30l.

About how much you can keep the fish in the X aquarium, see HERE (at the bottom of the article there are links to aquariums of all volumes).

Requirements for the care and maintenance of cockerel fish

From the above, we can conclude that in one, a small aquarium, you can contain only one male cockerel. If the aquarium is large – from 100l. You can try to plant the second male or make transparent partitions in the aquarium, for example from plexiglass, pre-drilled holes in them to circulate the water in the aquarium. 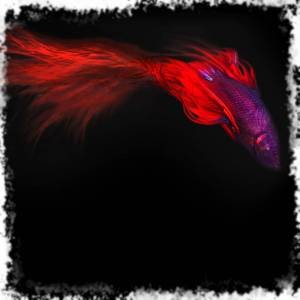 In addition, I advocate the creation of a natural – natural environment in an aquarium. The aquarium can and should be decorated with stones, grottoes, snags, as well as living aquarium plants.

Lighting should not be very bright, preferably the presence of filtering. The aquarium itself should not be filled with water to the brim, you need to leave 7-10 cm and be sure to cover the aquarium.

A lid is needed to ensure that the air swallowed by cockerels from the surface of the water is not too cold.

An aquarium with cockerels can be equipped with artificial plants, but still, if you have the opportunity, purchase live aquarium plants. With live plants, the aquarium looks more natural, the plants themselves contribute to biological balance, and the males can also use them for spawning and creating a foamy nest.

Of unpretentious plants for cockerels can recommend: vallisneria, rogolini, cryptocorynes, other not complex plants. 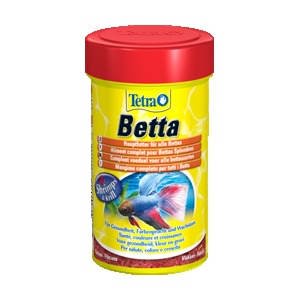 Feeding and diet of cockerels: they are not whimsical in food, they are happy to eat both dry and live food (Artemia, bloodworm, etc.). The males eat any brand-name dry food, but advanced aquarium brands have developed special ones for them – individual foods that are best suited.

Feeding aquarium fish should be correct: balanced, varied. This fundamental rule is the key to successful keeping of any fish, be it guppies or astronotuses.

Article “How and how much to feed aquarium fish” talks in detail about this, it outlines the basic principles of the diet and feeding regime of fish.

In this article, we note the most important thing – feeding fish should not be monotonous; both dry and live food should be included in the diet. In addition, you need to take into account the gastronomic preferences of a particular fish and, depending on this, include in its diet ration either with the highest protein content or vice versa with vegetable ingredients.

Popular and popular feed for fish, of course, are dry food. For example, hourly and everywhere can be found on the aquarium shelves of food company “Tetra” – the leader of the Russian market, in fact, the range of feeds of this company is striking. In the “gastronomic arsenal” of Tetra are included as individual feeds for a certain type of fish: for goldfish, for cichlids, for loricarids, guppies, labyrinths, arovan, discus, etc.

Also, Tetra has developed specialized foods, for example, for enhancing color, fortified or for feeding fry. Detailed information on all Tetra feeds, you can find on the official website of the company – here.

It should be noted that when buying any dry food, you should pay attention to the date of its production and shelf life, try not to buy food by weight, and also keep the food in a closed state – this will help avoid the development of pathogenic flora in it.

Description: Very beautiful fish, its veil tail and fins just fascinate. The color of the fish is different. The most common ink color with a reddish tint.

Males are colored much brighter, fins are longer than those of females. The size of the fish is 5-10 cm. The body is laterally compressed, elongated, oval.

They have cycloid scales, pointed pectoral fins, upper and tail fin of a rounded shape, the lower fin originates from the head and ends at the base of the tail.

The history of cockerel fish 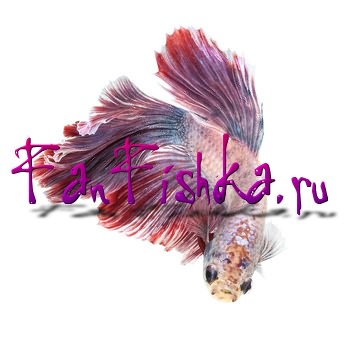 The first mention of the fish dates from the beginning of the nineteenth century, it was then that the people of Siam paid attention to these small, but lively and aggressive fish. Next, the Siamese began to cross wild individuals Betta and got a new kind of fish, calling it “biting fish.”

A couple of copies of these “pieces” in 1840. King of Siam handed over to Dr. Theodor Cantor, who in 1849 gave them the name Macropodus pugnax. After 60 years, the British ichthyologist Charles Tate Regan renamed them “The Beton Fish”, arguing that the Macropodus pugnax species already exists in nature.

It is known that the cockerel fish appeared in Paris in 1892, in Germany in 1896, and in 1910 appeared in the United States with Frank Locke from San Francisco, California. Through the selection of these fish, he received a “new” fish, calling it Betta Cambodia – one of the first color variations of Betta Splendens.

The history of the appearance of Bette in Russia is not truly known. There are several versions. The first is associated with aquarist VM.

Desnitsky, who allegedly in 1896. brought from Singapore exotic species of fish and plants, but it is not known for certain whether there were any cockerels among them. The second version says that the aquarist V.S.

Melnikov approximately in the same period spread a number of labyrinth fishes in Russia. By the way, a competition for the best fighting fish was established in his honor.

And the latest version says that the fighting fish were brought in by the Frenchman Seysel, and all descendants from Russia and Europe went from his fish.

The first thing I want to say is that the cockerel fish (Betta splendens) is one of the Bett species. Bette species should be distinguished from Betta splendens breeding forms.

On the Internet, everywhere breeding forms of a rooster are given for species, which is not correct! 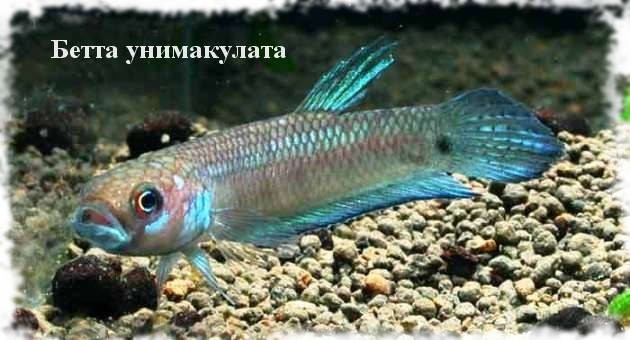 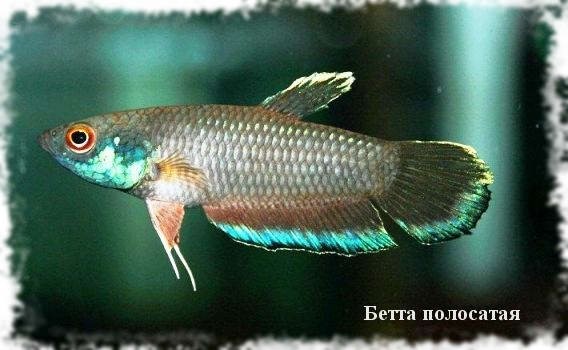 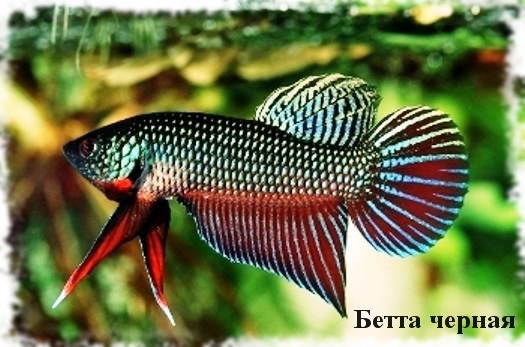 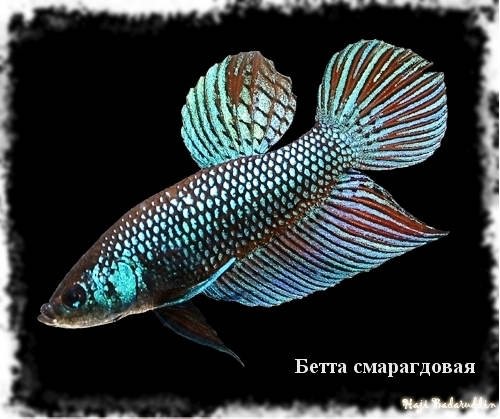 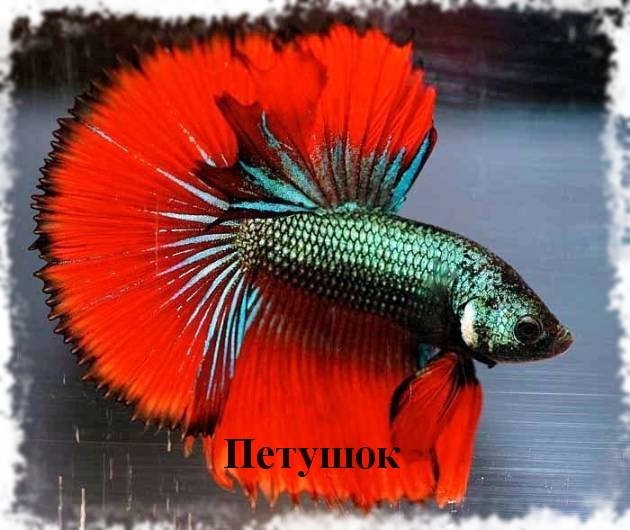 And here, the selection forms of the Cockerel (Betta splendes) include:

In size and shape of the fins:

Photos of some breeding forms

Apistogram of the cockatoo (Apistogramma cacatuoides) is one of the most popular in aquarium dwarf ...